50 Shade of Grey Gets All the Glory, But You Can Find Better Erotica Out There 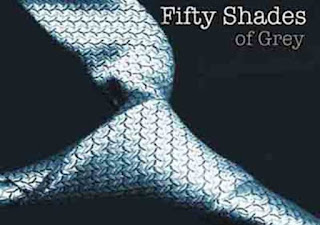 E.L. James’s Fifty Shades of Grey has become the latest mainstream publishing phenomenon by an author plucked out of nowhere.  And now even her husband author Niall James has a book deal. Meanwhile, veteran erotica authors are still slaving away (excuse the expression) to sell hundreds or dozens of books. The best I can figure is the James’s Twilight fan-fiction connection and a bit of random luck helped her. She was just in the right interweb place at the right time.

Longtime erotica readers are not the target market for 50 Shades of Grey. Even ardent general fiction readers and regular visitors to bookstores and libraries aren’t necessarily drawn to a book like 50 Shades of Grey. Nowadays, the book fan contingent is quite small, so to rake in the bucks, you’ve got to entice folks who read little more than coupons and TMZ.com to buy a copy. They’re the kind of people who are looking for a quick to read airport book, with a minimum of words and a maximum of titillation and plot twists. The chapters might as well read  “Boy meets girl,  boy ties up girl, girl is intrigued, boy shoves inanimate object up girl’s bum, girl escapes. The End.”

You know James wasn’t fumbling with a thesaurus or plotting software to create her story.  Maybe the rest of us are working too hard! My Tumblr loop features a few teen girls who write excellent fan fiction, much of it erotic. Of course, technically, some of them shouldn’t be reading erotica yet, much less writing it. They're not big fans of the publishing industry's flavor of the month, posting  comments like “I’m a virgin and I write better erotica than that” and “Mom! That (Shades of Grey) is poorly- written pornography. Get over it!” The girls have got a point. Witness the following “50 Shades of Grey” prose -

I had no idea giving pleasure could be such a turn on ... My inner goddess is doing the merengue with some salsa moves,"

Now, quite frankly, if I’d written that, my editor would have chucked the manuscript into the recycle bin.

I also know that some people are grossed by the tampon scene, HA!! They are literary lightweights. Try reading the scene in Scott Spencer’s Endless Love where the obsessed hero has sex with heroine while she’s having a VERY bloody period. (Brooke Shields starred n the movie version. Thankfully, said scene was not included in the onscreen adaptation.)

Shameless plug - Read Geneva’s Story, a short piece  I originally wrote it in 1994. I first placed it on a site called Literotica and  got a lot of nice emails about it, including one from a sub who said it reminded her of her master!