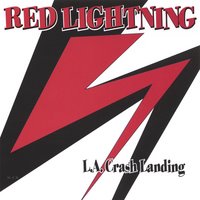 With his new band, Red Lightning, slated to play South by Southwest this year, Morrissey guitarist/collaborator Alain Whyte, along with bassist John DiMambro and drummer Milo Tedesco, forge a straightforward classic rock sound. On their eight song debut EP, the trio weaves melodic, accessible tunes akin to the tastier AOR of the 70s and early 80s.

I can’t sub-categorize Red Lightning’s sound with any trendy catchphrase. Whyte has the sort of direct voice that’s perfectly suited for classic rock. L.A. Crash Landing is still going through my head (The lights are on/but nobody’s home, Whyte sings. Yep,that’s in a nutshell.) Sign Up, an anti-war song (no album released in 2006 is complete without one), is effective without being didactic. The CD ends with a pretty acoustic guitar melody of Were You Ever In My Life? The band plans to release a full length CD later this year.