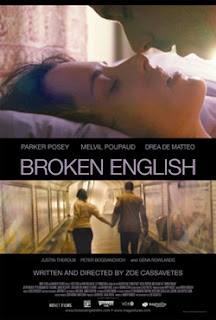 Nora has a cushy job and a spacious apartment (without a roommate!) in Manhattan, but she doesn’t have any luck with men. A high maintainence actor (Justin Theroux) staying at the hotel where Nora works takes her to dinner, bores her with acting talk, and a couple of sakes later, they’re in bed. Nora’s new beau is later exposed as a cad on an Entertainment Tonight type show, and that’s another name marked off Nora’s potential husband list

Posey’s nuanced performance drives the film, and makes even simple details come alive. When Nora is getting ready for a party, waiting for her facial masque to dry while meditating, we can almost feel her quiet desperation. Likewise, the scene where Nora twirls her hair, disinterested, while a date describes himself, rings true to any woman who’ve been through the dating grind and back again.


Eschewing a trip to Miami with Audrey and her husband Mark, Nora reluctantly goes to a co-worker’s Fourth of July party and deals with the usual schlubs before being coerced to stay by Julien (Melvil Poupaud), a charming but eccentric Parisian. They hang out together, and Nora actually has fun with him (unlike her other dates) before any romantic interlude occurs.


The friendship between Audrey and Nora is fiber that holds Nora together during her most neurotic times. Feisty Audrey’s marriage to show biz exec Mark turns sour, and she accompanies Nora on a spur of the moment trip to Paris sans her wedding ring. Despite being charmed by a married Frenchman on her brief visit, Audrey decides to give her marriage another try.

Nora, the emotional opposite of self-assured Audrey, finally forces herself to take a stand and stay in Paris to find Julien on her own. A series of coincidences that seem a tad too convenient aid her search for him.

A charming indie chick-flick, Broken English avoids the sappiness and slapstick comedy of mainstream romances, and focuses on Nora’s insecurities and her desire to overcome them. Career women in their late 20s and 30s will identify with Nora and Audrey, and the slice of life Paris and New York scenery lend the film an air of authenticity. The cities are as much a part of the film as the characters, not included as a backdrop or travelogue.

A promising feature debut from Zoë Cassavetes, what Broken English lacks in originality it makes up for in spirit.