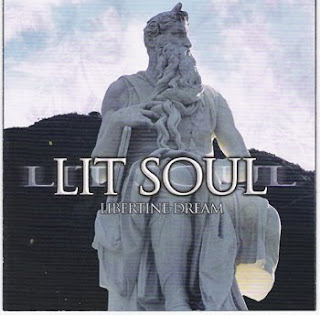 Libertine Dream, the brainchild of musician/poet Rob Chevelle, is a rare bird in today’s musical climate. A collection of 15 hard rock songs with genuine poetry dotting some of the tracks, it bucks the indie/emo/screamo trends and honors unadorned rock with reflective lyrics in the vein of the Cult.

The CD has that hard rock attitude complete with acoustic interludes, thoughtful poetry and heartfelt (but not heavy-handed) political statements. Libertine Dream combines all these elements seamlessly. Instead of implementing the mishmash approach of throwing in an acoustic song here, a rocker there and some poetry over there, Chevelle and co-producer Eliot Waldhorn obviously put a lot of time and thought into arranging the CD to flow together well. Although Chevelle handles vocals, guitar and percussion, there’s a lot to be said for Waldhorn’s guitar playing and drummer Zag Richards, who complement Chevelle’s vision and lyrics with their steady musicianship. And there’s even a metal guest star--Chris Holmes from WASP contributes the guitar outro to “”, the final song.

There are glimpses of Helmet and even Metallica in songs like “Eternal.” The two part “Outcast” begins with a lilting acoustic poem and segues into melodic metal for the closing half. “Dreams” does have a soothing, dream-like quality and lends itself to listening via candles and incense in the background. This tune definitely has a psychedelic 60s’ Doors vibe.

Libertine Dream is the third CD in the “Lit Soul” trilogy. Seven Worlds, released in 2002, was Chevelle’s initial foray into poetic hard rock, while 2005’s Lit Soul-Poetry focused mostly on Chevelle’s stream of consciousness poems (accompanied by guitar and piano).With Libertine Dream, Chevelle’s Lit Soul concept has matured and it’s worth checking out if your like your rock with a twist of poetry.