You Can't Get it on DVD, Made for TV Edition: House on Greenapple Road 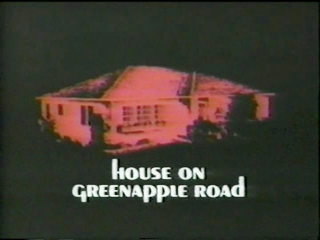 The Quinn Martin produced House on Greenapple Road demonstrates three of the made for TV genre’s strong points at their finest. - great acting, tight script and cinematography that adds to the emotional as well as visceral quality of the story.

Greenapple Road is a detective thriller that will keep you riveted to the screen because you want to find out “who done it.” It will keep you and your friends debating the murderer’s identity throughout the entire movie – and there’s a good chance you’ll keep changing your mind a few times during the film.

In The House on Greenapple Road, the search for a missing mother and housewife in a small California town called Santa Luisa exposes an extramarital affair, doomed love and a woman’s search for eternal youth. The housewife in question, Marian Ord, is played by Psycho star Janet Leigh. Marian's character doesn’t do much for most of the film, which is told in flashback. She wears a one-piece bathing suit, calls out her disrespectful lovers, and looks doe-eyed into the camera. Marian isn't the stereotypical promiscuous housewife, as her affairs never seem to bring her much joy or relieve her fear of getting older.


The film begins with Marian’s daughter ( the Brady Bunch’s Eve Plumb) returning home after a day at school to find no sign of her mom and one messed-up, bloody kitchen. She runs next door to seek comfort with her Aunt Leona  (Julie Harris).

Detective Dan August (Christopher George) and his partner Charles Wiltenz (Keenan Wynn) arrive on the scene. The murder scene has a lotta blood for a 1970 movie. August and Wiltenz even discuss the number of pints of blood in the human body, surmising that no one could have survived such a brutal attack. The detectives schlep around the kitchen procuring evidence without latex gloves. Watch out for those bloody pieces of china! Cops didn’t handle crime scenes delicately circa 1970, on film or in real life.

After a little snooping around in the bedroom, August finds some photos of Marian’s paramours hidden under a dresser drawer. And so the murder investigation begins, with Marian’s secret lovers and her long-suffering husband as the primary suspects. 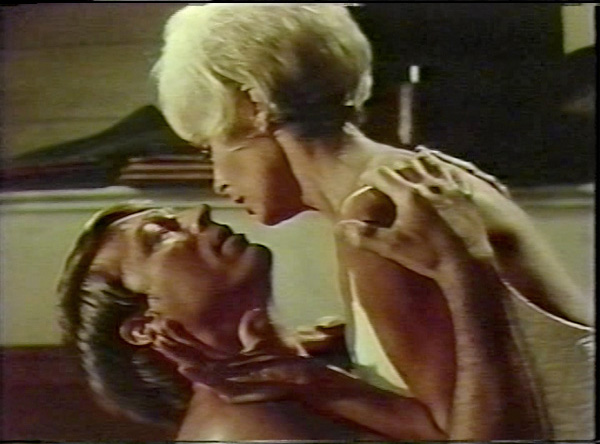 Her milquetoast husband George (Tim O’ Connor), a salesman, is away most of the time, leaving Marian to seek affection elsewhere. George is the most obvious suspect to everyone except August, who sees much more than a case of cuckolded husband and cheating wife. When one of his alibis doesn’t check out, the investigation spins in a new direction.

August and Wilteenz encounter a salty old sailor (Paul Fix) and a pot-smoking receptionist played by Christopher George’s wife, billed here as Lynda-Day. After retrieving Day’s character at a pot-smoking party at Big Bear, Wynn’s character, comments “The drive back took 3 hours and she’s still lit up.” (That musta been some good grass!) Greenapple’s cast included Walter Pidgeon as Santa Luisa’s mayor, and Ed Asner as a publicity hungry Sheriff who is only interested in apprehending the murderer quickly, with or without sufficient evidence. 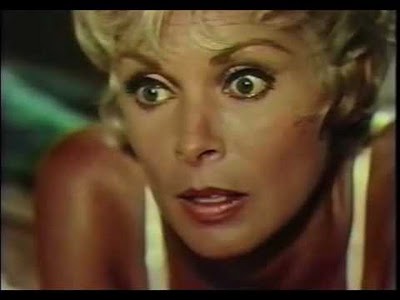 Based on a novel by Harold R. Daniels, Greenapple Road was so well-received it spawned the short-lived Dan August TV series. The 1970-71 CBS series starred Burt Reynolds, since George was too busy with other projects at the time.

The few violent scenes in Greenapple Road are intense for a 1970 made for TV movie. Some sources say the  film was originally shot as a theatrical feature, so that may explain some of the graphic subject matter. Although a tightly-woven detective thriller, the movie has little blips dealing with racism, sexual hypocrisy and child predators.