A Confederacy Of Characters: My New Orleans Story 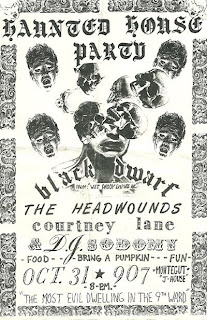 (This article first appeared on Rock Confidential.com in my column From Hollywood and Beyond shortly after Hurricane Katrina in 2005. It was written under my other byline, Marianne Moro.)


When people ask me what it was like when I lived in New Orleans, I say, “It was like running away to join the circus.” The New Orleans I knew had nothing to do with the working class, if indeed there were any working class in the city itself. I saw the very poor, the very rich and the colorful characters. It is difficult to understand why a city I lived in for nine months invokes more emotion and sparks more vivid memories than the first few years of my life in Los Angeles.

When I first visited New Orleans for a business conference in 1992, I fell in love with the place. I found myself avoiding seminars and exploring the city instead. I hugged a penguin named Elvis and feed a shark in the city’s aquarium. Stepping over the side of the shark tank in high heels was a bitch. If I tripped I’d be shark food. Sure, it was a small city, certainly not what I was used to after living in New York and Chicago, but there was something about it.

New Orleans had the feel of a laid-back European city. Its pace of life was practically a crawl, but its day-to-day business got done in a timely and efficient manner. I’d go to Vaughn’s in the Ninth Ward for rice and beans on Monday and saw Kermit Ruffins play there on Thursdays. Since I didn’t plan on staying for the long haul, I got a job as a clerk in a chain of souvenir shops. I’d work at the souvenir shop, listening to music and kibitzing with tourists all day, then hang out with friends at a bar or club at night. Yes, I was there because I wanted to avoid New York and responsibility for a little bit longer. Guilty as charged.

“New Orleans,” my Grandma would say, “that’s where people go when they have no place left to go.”
I knew I was in another world when I called up the electric company to pay a bill and they said they were closing down early for Mardi Gras. Ya gotta love a place where even the utility companies shut down to party.

I lived in an apartment across from Armstrong Park. “Oh never go to the convenience store across the street,” the former tenant warned. "Always go to the one on the corner of Ursuline. You’ll live longer” I interviewed about a dozen prospective roommates. One was a muscular French guy riding a Harley.  I kid you not. (Girls, it was heaven.) Being sensible at heart, I decided on a doctor from LaPlatte who only used the apartment when he wanted to party in the Quarter. So I had a huge two-floor apartment with a fireplace and a spiral staircase for $300 month, and I split that amount with the doctor. I had very few possessions in that huge apartment, except for a borrowed bed and dresser, a boom box, and Christmas lights strung along the staircase banister. Someone had painted a lip print on the back door. I had a restaurant-style kitchen but never cooked, just brought home po’ boys from the French Grocery. My girlfriends in New York, bound by the rules and regulations of real life, lived vicariously through my phone calls. Example

“Hi it’s me.”
"Hi."
“Do you know what Brad Pitt looks like?”
“Oh God! You shagged a guy who looks like Brad Pitt.”
My year in New Orleans set me back five years financially.
I didn’t care then and I don’t regret it now.

I lived a punk rock “Confederacy Of Dunces” in New Orleans. (Yes, I have a book about it in the works Hope I don’t suffer the same fate as John Kennedy Toole!) You might say I was a thin, blonde female version of Ignatius.

I babysat a friend’s kids, who did among other things, offer to connect an illegal cable hook-up and tear the neighbor’s expensive crystal mobile from the cantilever balcony. They're probably in jail now, or close to it. I met their Mom at a restaurant called Mena’s on Canal Street at Iberville. She wore harlequin glasses, was raised in New York, and was my evil twin. We became friends and partners in crime, though the friendship ended with her knocking down my front door when she was drunk. We had fun, going to sleazy bars, eating, drinking and chasing guys. My friends were blackjack dealers, bartenders, waiters, strippers, sales clerks, and musicians. All of them came from somewhere else. I knew people who came to New Orleans to kick drugs. “Why?” I said, “So they can become alcoholics instead?”

I spent more time in bars than I did in my apartment. I frequented places like Café Brasil, Checkpoint Charlie’s, Molly’s, Coops, R Bar, and Dragon’s Den. I could go on and on. At the R Bar, they offered haircuts along with drinks one night a week. Checkpoint Charlie had a laundromat. And this is basically where I lived my life. I drank, but I didn’t get drunk very often. My most recurring memories are of the characters I met; the sense of life lived in the present. Some of the best advice I ever got in my life I got from an espresso machine salesman I met at the R Bar. “The clue to life," he said, "is to ingrain your goal in your mind and then forget it.” Its worked for me ever since. Everyone I met there was a bonafide character. The hyperactive French woman, the ex-con, the Harvard graduate/screenwriter, the high school teacher turned bagel maker. I watched brass bands at a club in the warehouse district, hung out at the library by Loyola Marymount and lingered in shops on Magazine Street

The celebrity population in the Crescent City swelled somewhat in those days. Trent Reznor, Marilyn Manson and Anne Rice lived in New Orleans in 1994. En Esch from KMDFM lived in the French Quarter, and Courtney Love almost bought a house there. The running joke was “Are you gonna go to Trent’s studio and find the  Piggy door from the Manson murders?” Rice, Reznor and Manson moved away long before disaster struck.

And then came Mardi Gras. The crowded streets were packed with pudgy Midwestern tourists, drunken locals, and Goth kids. Suicide Girls clones on balconies bared their breasts in exchange for cheap beads thrown by obnoxious frat boys. The streets were strewn with beads, plastic cups and fake doubloons thrown by “Krewe” members from their floats.  The first time I saw a white-masked Krewe on their float, all I could think was “They look like the Ku Klux Klan” (One night a friend and I were driving home from Metairie and we heard David Duke doing a radio talk show, so the racist element still exists in the Deep South.)  On Mardi Gras night one of the other souvenir shop sales clerks and I confiscated a bottle of cognac and celebrated. Then we slipped off to the main store through the wall-to-wall crowd on Bourbon Street with the day’s cash bounty stuck in envelopes tucked in our jeans. There were no armored trucks to pick up the cash here. Of course that night, no kids with guns hovered around the store.

The second or third week I lived in New Orleans, some new friends and I were going to Tipitina’s and they decided to take a detour. Hmm, I thought, glancing at the street signs, this is supposed to be a bad section of town. I’d read the warnings in a travel guidebook, but I figured, “Well, those folks live here. They would know for sure if a neighborhood were dangerous. WRONG! So we stop at a gas station and walk up to the cashier to get gum. I noticed a kid in a sweatshirt facing the booth. “What the hell is this guy doing?” I thought. I found out a second later when we had a gun pointed at our heads. The second time I got mugged I had the audacity to go to the grocery store at six-thirty at night.  A ten-year-old kid followed me on a bicycle, and then held me up at gunpoint. He got seven dollars, a lipstick, and a collection notice from the phone company. Kids would try to lure me away from the cash register at the stores where I worked, with their friends waiting outside to steal money and merchandise if I walked away from my post. I think I’ll stop there. It’s getting monotonous. New Orleans had 421 murders, the most in any U.S. city, in 1994, the year I moved there.  While the number had plummeted in recent years, it crept up in the months before Hurricane Katrina.

When New Orleans is rebuilt, I imagine the French Quarter and the Garden will be the same architecturally. Will Wal-mart and Toys R Us replace small, unique businesses in those quaint old buildings? Will the rest of the city become Las Vegas Jr. and suburbia USA? One thing is virtually certain. Crime can’t be any worse in the “new and improved” New Orleans than in the old one.

During a return visit to New Orleans, I saw a woman who still worked for the chain of souvenir shops. After I told her about the muggings, she asked, “Well, why did you stay so long after that? It was a boyfriend, right? Who was he?”

“Well, there were a couple of ‘em,” I answered sheepishly.

Once I was safely ensconced back in New York reality, I had lunch with one of my friends, a classy, older woman, in a Manhattan bistro. “Do you have any pictures the people you met there?” she asked, after listening to my stories. “No,” I giggled, unable to resist a joke “but you might find some on posters in the post office!”

I finally left when I couldn’t take the combination of a pointless retail job, endless Peyton Place type romantic scenarios, intermittent muggings and the lack of, well, accomplishment. One of my friends, a banquet waiter, said, “When are you going to leave? You have work to do. You don’t belong here.” I knew he was right. “Well, you wanted an adventure,” my Grandma said when I arrived back home “And you got one.” For me, New Orleans was a playground, but for others it was and is their home. They can rebuild all they want, but the spirit must remain the same for it to truly be New Orleans. We’ve seen horrific images on TV the past few weeks. Hundreds of body bags being carried out of flooded buildings, and the mass destruction of a major American city and personal loss of unimaginable magnitude. This isn’t the end of the story, though. Now we get to hear the usual political bickering, finger pointing, and the brouhaha over contracts to rebuild the city. Mardi Gras in the middle of that just not is the same. But diehard New Orleanians, whether they are quirky French Quarter types or lifelong residents, will surely give it their best try.