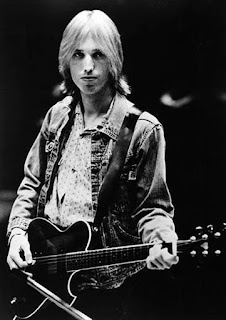 I never cried when a celebrity died before. Usually, I’d be shocked for a few minutes or there’d be a delayed response where the grief would come days or weeks later. With someone I’m not that familiar with, it’s merely a comment like, “Well, there’s another one gone.”

But when I heard Tom Petty was in cardiac arrest, the tears flowed immediately.

There were tributes saying the same thing - losing him seemed so personal to so many, even people who weren’t big fans. He seemed like a regular guy; someone you could have a few beers with at the local bar. He wasn’t flashy, involved in scandals, TMZ.com headlines or publicity stunts; he made music. That’s what he did.

Despite his superstardom as an individual, Tom kept his original band intact through the years. Only one original member left for good after 20 years (drummer Stan Lynch, who was replaced by Steve Ferrone). Bass player Ron Blair left in 1981 (to open a surf shop!) only to return in 2002. (Blair replaced Howie Epstein after Howie O.D’ed.)

I first discovered the Tom Petty and the Heartbreakers by reading a truncated review of their first album in Hit Parader. I keyed on the word Heartbreakers in the review section, mistakenly thinking the review was about Johnny Thunders’ Heartbreakers.

“That’s not the Heartbreakers!” I exclaimed after looking at the band photo. The critic,who seemed to be from the punk crowd, insulted the band's looks. The review told me nothing about the band or its music, except that they were from

A few weeks later I heard “American Girl” and lesser-known cuts from the debut album,  probably on WXRT, a local free-form station that routinely played all kinds of new releases. I instantly fell in love with the sound.

Some of my fondest memories of Tom were formed before most people had ever heard of him. I keep going back to these two concerts – Winterland and Santa Monica, New Years Eve, 1978 and reliving the soundtrack to my junior and senior years of high school.

Compiling a top 10 list of Petty songs, underrated or otherwise, is an arduous task. I could have added 20 more, but I’m sticking with this list – and a few bonus tracks.

The last TPHB album, Hypnotic Eye, released in 2014, melded the straightforward garage rock of the first two albums with the wisdom of age. It covered a lot of ground subject-wise, from religion to the deflating American dream. The crunchy, badass “American Dream Plan B” may just be one of the fiercest songs Tom’s ever written, and the band just wails on this.

Unless you’re a completist, you probably don’t know a lot about Petty’s post-2000 albums. With the advent of the new millennium, the music industry didn’t just change – it pretty much ceased to exist as we knew it. 2002’s The Last DJ indicted music industry for its greed and corruption. This was different than the legal wrangling that surrounded Hard Promises and DTT. No one else really cared about fixing the music business anymore. There wasn’t much of an industry left to preserve.

The blues rock of 2010’s Mojo doesn’t rehash old blues tunes, but proves that you can write brand-new blues with the spirit of the originals. Some are convincing as new songs and others are predominantly a showcase for the band without much of a framework. There’s plenty to groove to here, but my favorite is a slower song “Something Good Coming” with its message of hope.

No one escaped the neon malaise of the late 1980s, not even Tom. Yes, the TP and the Heartbreakers toured with Dylan, but they still had time to record the underrated Let Me Up I’ve Had Enough. The songwriting and playing remained natural, there were no swirly synthesizer-heavy songs or any other missteps into trends. Tom would never fall for that, but this album still stalled at #20 on the Billboard 100.

Perhaps the only song from this album most people recognize, “You’re Jammin Me” wasn’t included on the first Greatest Hits package. The video for it is a primer in early computer graphics editing.

My favorite, though, is “The Damage You’ve Done”, a vitriolic sentiment set to a breathless rock beat. It was passed over as a secondary single in favor of “Runaway Trains”.

Bonus: For some silly end of ‘80s video hijinx, check out this clip from the VHS compilation “A Bunch of Videos and Some Other Stuff”.  Hilarity ensues when clips of golf lessons by a Paraguayan golf pro pop up on the band’s video compilation. And Stan chops up the ‘ole drum machine .

If you were a teenage girl in 1978, there was an unwritten rule that upon first seeing a band on their album cover, you had to choose the guy you thought was cute. The front cover of "You're Gonna Get It", the Heartbreakers' second album, made it hard to decide who was the cutest. To our young eyes, the Heartbreakers were all hot (or were we still using the term foxy back then?), but the songs kept us interested long after we moved on to new rock star crushes.

Magnolia concerns subject matter that would be addressed with more authority on Even the Losers, but this tale of unrequited love was still bittersweet in its own right. I wanted to include either this or Luna from the debut album on the Top 10. “Luna” was more poetic, (Black and yellow pools of light /Outside my window/ Luna come to me tonight/ I am a prisoner /Luna glide down from the moon),  but since “You’re Gonna Get It” was the first TPHB album I bought, I’ll go with Magnolia .

Tom gets all snarly with the vocals here. I love it as much now as I did when I was 17.

Even though we had yet to see the extent of his talent (and the Heartbreakers as a unit), there was still something there, an earthiness you didn’t see from other bands touted as new-wave or power-pop at that time.

I also believe this mini-concert was filmed is after bass player Ron Blair, swallowed a block of hash to avoid getting hauled in at customs. See the documentary Runnin’ Down a Dream for details.

With and without the Heartbreakers, Petty performed dozens of covers. Most of them were the usual suspects – “Mona”, “Baby, Please Don’t Go”, “Gloria”, “Psychotic Reaction” (with Stan on vocals), but Tom’s tender rendition of “Wooden Heart”, the Elvis hit from GI Blues, is my favorite.

Bonus cut – from the aforementioned Winterland 1978 concert – Clarence Carter’s “Makin’ Love (at The Dark End of the Street)” It totally floored me to see this skinny white boy channel the blues with so much conviction.

One of his saddest songs, it has that twinge of longing for that something, which differs with every listen and to every listener. I vacillate between this and “Love is a Long Road” which is a rocker, but melancholy all he same.

When I first heard Full Moon Fever, I said to a friend, “Hey! Is Tom going through a bad divorce? Cause this album has a lot of depressing songs on it.” Well, actually, the divorce album was 1999’s Echo, which was more dirge-like.

Raucous, bluesy hard rock blasts out on SNL with Dave Grohl as guest drummer. With all the ballads and wistful songs Tom recorded in the ‘90s, it was good to hear an all-out rocker again. Note the amused look at Mike’s face as Dave launches into his drum histrionics.

A few nights before Tom died I was noodling around on YouTube trying to find different live versions of Nightwatchman, a funky reggae number from Hard Promises I hadn’t heard in 30 years. I was overjoyed to hear it again.

1. Shadow of a Doubt (A Complex Kid) - Damn the Torpedoes

Tom had a great way of writing about women. His lyrics were about real women in everyday situations, and always seemed to be written with reverence for the female involved. There were no signs of classic rock cliches like the conniving whore or untouchable goddess.

“With that little bit of mystery, she's a complex kid,
And she's always been so hard to live without.
Yeah, she always likes to leave me, with a shadow of a doubt." 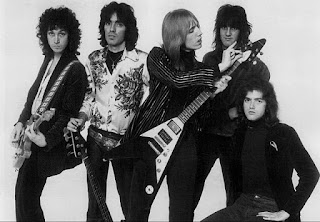