Night of the Living..Britney Spears Fans? 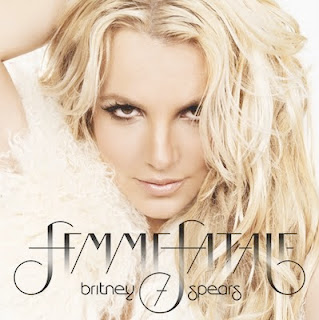 So…last Monday when I was walking back from the Regal Cinemas at L.A. Live, I encountered literally dozens of 20something couples walking toward the Staples Center. The guys were wimpy white thug wannabes; the girls were all wearing short dresses that barely covered their privates and spiky heels  so high they could barely stand up. What is this, I thought? Night of the bottle service sluts and douchebags! NO!! Night of the Living..Britney Spears fans! A few days later, I found out Britney had played the Staples Center that night and the wall of 20somethings I encountered were indeed fans on their way to her concert.
Yes, apparently, Britney’s fans, at least certain ones in L.A., have adopted a concert-going uniform.  Brit’s handlers are still trotting her out there, even though the poor girl stands bewildered onstage much of the time while her dancers contort around her. Her music is simply well-produced, vacuous techno/dance trash, nothing more. Let’s face it, it’s not supposed to be intelligent or built to last. That’s beside the point. Britney is an entertainer, not a musical artiste. Her stage show, videos and persona are candy-coated soft-core porn – and in the mainstream pop world, that means $$$. I like Britney, always have – she seems like a sweet, genuine, largely clueless girl whose childhood love of singing and dancing led her into lotsa money – and lotsa trouble. She’s 29 now, and still under conservatorship by her Dad. Not a good sign. By the way, what happened to her power-hungry Mom? She seems to have completely disappeared.
Here’s Britney’s latest video –Mad Max meets Brit as futuristic, scantily clad biker girl hosting underground rave.
Posted by JadeB at 12:06 AM No comments: