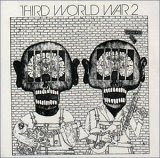 (This interview was conducted via email in November 2005 and originally appeared on my website Jade Blackmore.com )

England's Third World War released two albums in the early 1970s. The combination of radical, left wing lyrics (I'd Rather Cut Cane For Castro is one of their song titles) and Terry Stamp's choppy, beyond heavy metal guitar style confused some listeners, beguiled others (including a young John Lydon, ) but bypassed most. Now, some thirty-odd years later, the band is getting some recognition from the press, webzines and music biz folk like Steve Albini. I recently conducted e-mail interviews with vocalist/guitarist Terry Stamp (who has lived in Southern California since 1976) and bassist Jim Avery, who still resides in England.

1-How did you meet John Fenton, who gave Third World War its first break?

Answer: John Fenton got a job for a New York publishing outfit called Schroeder Music as manager of their London office in Berkeley Street, must have been around 1968ish, (I was around 22 years old, Fenton, in his early thirties). At the same time a friend had dropped off a demo of mine at the Schroeder office called Heaven and Hell. I got a phone call from the office, asking me to come and see them, which I did. I did the usual "wait", sitting across from a secretary, when a door opened and John Fenton greeted me, big smile, arm's open, beads around his neck swinging, he was kinda half hippy like. He acted like we knew each other in some other twisted life, which was probably true. He took me into his office and said he had listened to "Heaven and Hell" and that this is what he thought of it, he then thru the demo out of the window and told me to get out of his office, to stop wasting his time, to rewrite the song and bring it back to him as soon as possible. That was Fenton for yer's, of course treatment like that can be upsetting, when I left the office and got out into the street, I actually looked around to see if I could spot any remnants of my demo, back then demo's where made of that same material they made the old 78 records from and where very fragile, I stood there in Berkeley Street looking around and chewing over Fenton's behavior, then I figured OK, I would do what he asked, rewrite the song and take it back, but old John had thrown up a flag to me, how'd that old blues song go, "Your time now, My time after a while", yer, if I had half the chance, I was goner play this cat and guess what, my chance came up, big time.

P.S. I did rewrite the song Heaven and Hell and Fenton placed the song with a number of artist's of that time, the best version being by a band called "Harsh Reality".

P.S.S At that time TWW was not even on the horizon, the TWW name came from John Fenton after Jim Avery and myself came up with a number of the songs for the first TWW album, probably late 1969, also if you look at the first TWW album cover, you will notice that there are three "r"s in red, within the TWW name, John said that stands for "reading, w'riting and a'rithmetic".

2-What was it like playing the Oz Police Ball? (Benefit for counterculture zine Oz )

Answer: I do not remember playing the Oz ball thing, we played quite a few gigs, usually which turned into mayhem, so I was in the habit of getting out and onto the street as soon as possible and not giving a damn who the gig was for, there were gigs we had to literally fight our way out of, a lot of years have gone down, but I have always held this snapshot, in my head, of Jim Avery fighting his way thru a crowd of extremely pissed off "students" and saying to me something like "Ahhh, the rock and roll life", cracks me up to this day. I think that gig was at the London Polytechnic. Thinking about it, the gig that may have been the Oz thing, could have been held at a London club called Bumpers, the only way in was by freight elevator, as I recall. I remember we shared a dressing room with about six transvestites, who seemed to all be dressing up like Marilyn Monroe (which John Fenton had probably arranged, he would have got a charge out of that, all of us in with a roomful of transvestites). We were the first band on, the place was just jammed with people, as I got up onto the stage, they had this kind of black and white, on and off strobe light going, which made any physical movement look staggered. Around the walls of the club, there was all kinds of group porno being projected, but kinda sped up somehow. I went into my "verbal greeting", and opened with Ascension Day. Looking down in front of the stage and staring at me, with his arm around a woman I did not recognize, was John Fenton He looked like he'd thown a wad into his pants. He was in heaven, maybe he was tripping, who knows, but his "vision" was now top of the London Underground scene, at that point (1971?) there was no UK band close to doing what we were doing.

3- What sort of audience did your live shows attract?

Answer: I think, for the most part, they were people looking for something outside of the mainstream popmusic of that time, like Steve Albini said in an article he did for the Melody Maker in the 90s, "it's a mindset", you either have it, or you don't."

4- You wrote overtly political lyrics before punk rock and after the folk rock/flower power fad. How were the lyrics received by fans and the press?

Answer: I never heard anything, I guess the press just backed off, in fact the whole UK music business backed off. I think the TWW did what John Fenton really wanted and that was to throw a wrench into where the UK music biz was at, at that time. Why bother writing about a deaf, dumb and blind kid called Tommy, when you have a chance to tell it like it is/was, back then. I read a piece someplace about how The Clash got their name, they just looked in the London newspapers and here was the word "clash", clash here, clash there. That was the same for us, just look at the news, and there it all was. 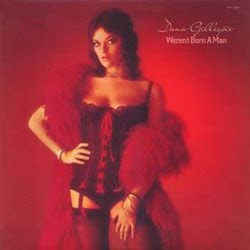 5- What did you think about Dana Gillespie's cover of Stardom Road?

Answer: Never heard it. I believe Dana and Mick Liber (he played on the TWW track) were friends, hence Mick knew the counter chording and riffs in that song and I guess recorded it with Dana. When I put the vocal on that song for TWW, I thought they were getting a sound balance on my voice, I was halfway thru the song before I realized, "Oh, they must be recording this",. Stardom Road is not an easy song to sing or play. I met Dana once, back then, she was one of the best a lovely lady.

6-Who designed the 3WW album covers? They are quite affecting, in a stark way.

I don't know too much about them, the baby's face cover was by an American feller, living in London, Jim Avery probably knows more info. On the second TWW cover, man, that ink work was obviously by a genius, it is of me and Jim, me on the left and Jim on the right, I can tell by our different body shapes. I kinda recall that the guy was living in Rome, again Jim may know more info.

7-It's said that Third World War was the first punk band. Jello Biafra, John Lydon and the late Joe Strummer were fans of your music. What did you think of the punk scene that started shortly after 3WW disbanded? Did you follow the scene at all?

Answer: I had left England for the states, directly after finishing the "Fatsticks" album for A&M Records, around June 1975, so I missed out on all the UK fun. TWW was thru in 1972, I was back driving a truck until Roger Cook pulled the "Fatsticks" thing together.

8-Tell me about your CD, Bootlace Johnnie & The 99s.There's an interesting story on your website Stardom Road about how you met up with Alistair Murphy, who produced that CD.

Answer: Alistair contacted me by email a few years back and is a TWW admirer, especially the Stardom Road track. He turned out to be an arranger who had a studio in his home (in the UK). It kinda just escalated, I sent him some basic demo's that I thought would never see the light of day and he has the talent and golden touch to give them another dimension, unbelievable really. I spoke to him a few weeks back and apparently he is working on Bootlace Johnnie Two. I think he was maybe a little worried where it would all take him, but Bootlace has got good reviews,

9. You've continued to make music since moving to L.A. in 1976, playing live with The L.A. Rockmotor and your rockabilly trio. You've also recorded several albums through the years vial GSL Music, a few of them with former bandmate Jim Avery. Which ones are your favorites?

Followed the scene - breath of fresth air - good news for me - Track records wanted me back - because of the emerging Punk scene - punks roaming around Track Records - Track handling Punk - Hired me to co-ordinate punks as they did not know what to do with them - I was on the same wave length ( Re Third World War) - The Who were considered respectable at that time. I was as hired as a Music Liaison Officer - handled Siouxsie and the Banshees - Sid Vicious was around he was not with the Sex Pistols in the early days - In fact he borrowed Terry Stamps Hagstrom Guiter - not to be seen again .

Bomb scare in Germany - on tour with Golden Earings - Barry one of the band receiveing a electric shock via the lips and being blown 20 feet across the stage.