Why Do So Many People Hate the Eagles? 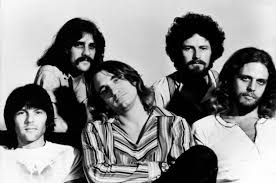 Some of the most hated rock groups of all time are also the most loved. People can’t hate you unless they know you, and they’re not gonna know you unless you’re successful. Look at that modern-day phenomenon, Nickelback. Many people who have never heard Nickelback’s music know that they are the most hated band of the 21st Century.

Even after Glenn Frey passed away, many writers couldn’t help but lambaste the Eagles as the most hated successful band of the 20th Century.

Yacht Rock is hip now,so how can Eagles music be “horrific”, as a NY Daily News article described it after Frey’s death? “Hotel California” is more horrific as compared to what, “Feelings” or “Afternoon Delight”, two other songs that shared the chart with Eagles hits in the mid-70s ?

People hate the Eagles because:

The popularity of the “The Big Lebowski” was the deal-breaker that turned the public reaction to the band from, “They’re OK,” or “Meh” to “I hate the Eagles, man.”

But a lot of music fans aren’t quite as cynical. Marc Eliot’s beautifully written article about Glenn Frey’s passing reminds us that youth has long gone for fans who liked the band and their music in the ‘70s. ( Read Eliot's book "To The Limit: The Untold Story of the Eagles" for an in-depth look at the band.)

YouTube commenters tend to come up with the most poignant assessments, though, as Baby Boomers move closer to that Great Gig in the Sky.

“Makes a grown man cry... Everyone is so happy. Everyone in the building is young, in their prime, and full of life. I wish every day could be half as perfect as these moments.﻿”

Imagine the World Before Sirius, the Internet, MTV or Walkmans!

I can’t listen to the ballads, because like everyone else, I heard them too many times in the ‘70s. Even though I haven’t heard some of the songs for decades, I still get out of earshot when I hear one start to play. Everybody bought Eagles records in the ‘70s, which meant your irritating, non-musical classmates and co-workers, including the squarest of the square, counted the Greatest Hits 71-75 among their albums.

I bought the single “The Best of My Love” in high school, but I listened to the flipside, “Ole 55” instead.

Despite being crazy about bands as a teen, my friends and I never got into the Eagles that way. We didn’t care about their personalities, looks, etc., just the music. I studied the Hotel California gatefold sleeve with my friend Mary, (before we made fun of my John Travolta album and after I proudly introduced her to the Runaways’ first album).  We did like Joe Walsh, however. He was the only animated person in the band, and we appreciated his sense of humor and hotel-trashing skills.

I was particularly intrigued by the lyrics to “Life in the Fast Lane” and wrote a novel based on it in my senior year of high school. Thankfully, the only manuscript I had is long gone now, but it would have fit right in with the exploitation flick craze of the 70s/early 80s.

You think “Take It Easy” is overplayed on classic rock radio now? Ha! Were you even alive in 1972? I was. The summer between sixth and seventh grade holds many fond memories for me.  I identify it with that transitional period in my life, so I like the song, no matter how many times I hear it. (The song reached #12 on the Billboard  Top 100 in July 1972.) The Eagles songs were popular when I was in junior high and high school, and their music just happened to be everywhere.

However, Eagles songs don’t rate that high on the list of the offensively overplayed. “Take It Easy” is number 19 on this list. The worst offenders, to my ears, are “Black Water,” “Old Time Rock n Roll”, “Stairway to Heaven”, and “Don’t Stop Believing”. Enough already! 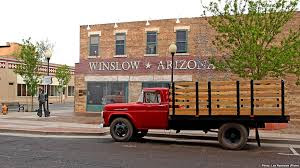 On my Bucket List: A trip to Standin’ on the

In the ‘90s, I watched the Hell Freezes Over tour on MTV. I was more interested in hearing the solo songs, but I did watch the whole concert. I didn’t know, however, that the band included original material on the Hell Freezes Over album. I also had no idea the Eagles released an album in 2007 – sold exclusively at Walmart!

Eagles Songs I Listen to On Purpose

The Last Resort
King of
Try and Love Again

If You Never Heard It before, You’d Like It

“Witchy Woman” hit #9 on the charts in November 1972, and it was played almost as much as “Take It Easy”. It had that sinister vibe which was intriguing to a junior high girl. It’s the closest the band had to a sexy song. Ugh! I said Eagles and sexy in the same sentence.

Waiting for Randy Meisner to hit that high note on “Take It to The Limit” or Timothy B. Schmidt on “I Can’t Tell You Why” is a lot more pleasant than listening to “Best of My Love”  yet again.

Also, “Desperado”, later covered by Linda Ronstadt, is dismissed as country rock tripe by idiots who don’t listen to the lyrics.

I read Don Felder’s book, and he comes off as a really thoughtful guy. Of course, he seemed too nice and a bit of a push-over in some situations (well, that is until he sued them), but when you’re up against Azoff/Henley/Frey, you don’t have much bargaining power. One non-lawsuit subplot in the book involves a male stalker and is a reminder that weird, overzealous fans can make life hell for even less-conspicuous celebrities.

The facts, as laid out in Felder’s book, state that the band had an agreement in the early days wherein monies would be split between the members equally.  Of course, then things changed, as remarked in the History of the Eagles. The fact that there was a pesky legal document in the way was a minor inconvenience, and Azoff took care of it, with only Felder putting up a fight.

This brings to mind the same situation that occurred when Van Halen cut Michael Anthony out of their original agreement. Once the band reached a certain point, the main songwriters figured they should get a bigger slice of the pie, regardless of any agreements made at the beginning of the band’s career.

The Eagles’ business choices may not endear them to many people, though. Here’s an entertaining bit from Letterman, where Dave wants to play an Eagles song but the show can’t afford it.

As I look back, I’ve always been more interested in “New York Minute” and other solo songs than Eagles songs because of the lyrics. Yes, the lyrics are more mainstream than intellectual, but more haunting because of their simplicity. “Sunset Grill”, “Boys of Summer”, “I Will Not Go Quietly” are undisputedly well-crafted and poignant. I wore out my cassette of The End of the Innocence in ’89 and ’90.

I managed to make it all the way through a Youtube video of Billy Joel interviewing at the Y. A few minutes in, I thought, “Ya know, has so much Virgo in his chart, it’ll make your head swim." I checked his horoscope and yes, his Ascendant and Moon are in Virgo and he has three planets in moody Cancer.  Frey had his Sun in Scorpio (like you couldn’t tell from his facial features) and Moon in Capricorn. That’s a match made in hell if you’re on the wrong side of the twosome. And I don’t even want to know Azoff’s chart.

made a comment about seeing a Lawrence Welk concert as a kid. He said he saw Welk backstage with two groupies – nuns. His delivery and expression were so deadpan it took me awhile before I realized it was a joke. It’s hard to tell with those Virgos. Roger Waters is another classic rock Virgo (Sun sign and Venus) who is not known for his rollicking sense of humor.

The Eagles in 2018 consist of Henley, Walsh, Timothy B. Schmidt, Travis Tritt and Frey’s son, Deacon.

The band (such as they are) will be playing three nights at the Forum in September. Ticket prices range from $59 for nosebleed seats to $700 for main floor, according to a recent look at Ticketmaster and StubHub.

Verdict: No, the Eagles aren’t horrific. Bland maybe, when compared with some of their overplayed contemporaries. (Which group has more interesting songs/personalities, Fleetwood Mac or the Eagles?) Try listening to one of their lesser known songs if you can’t stand the overplayed ones. Don’t be afraid. You won’t lose your coolness factor by listening to a few Eagles songs.