How I Became a Hollywood Punk Rocker 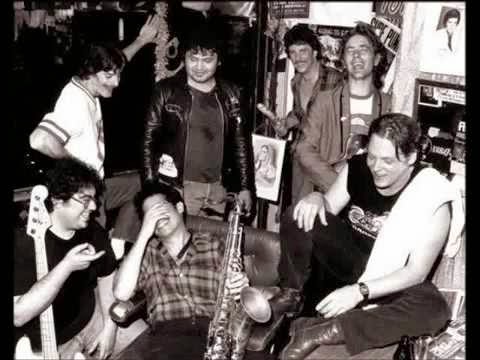 Top Jimmy and the Rhythm Pigs

When I moved to Los Angeles (for the first time) in 1983, hard rock was my music of choice - hard rock as in Judas Priest, Van Halen, Black Sabbath, Ozzy, the Scorpions and UFO. I’d heard the Troubadour was the club for metal bands, so I decided to hang out there. Boy, was I in for a surprise! To a kid from the South Side of Chicago, seeing a metal band in a club meant dressing in jeans, a halter top and sneakers, having a few cheap beers and listening to some bluesy hard rock.

Little did I know I would stumble upon the birth of hair metal. The first time I walked into the place, only my platinum blond, permed hair fit in with the unofficial dress code. Seeing a bunch of musicians and clubgoers in leather, spandex, eye shadow and teased hair was nothing new to me. I was in junior high when glam rock was popular, and the first thing I said when I saw the back cover of Motley Crue’s EP Too Fast for Love in ’82 was “How cool! They look like the metal version of the New York Dolls.” I didn’t see Motley Crue at the Troubadour. The only time I ever saw them play was at the US Festival in May of ’83.

Many of the bands I did see at the Troubadour were weak hybrids of the Crue and Van Halen. Many of them had a David Lee Roth impersonator as lead singer. This was understandable at the time, given Van Halen’s popularity. A blond dye job and obnoxious attitude by themselves did not make a convincing DLR clone, however. Dave dressed in assless chaps, “forgot the fuckin’ words”, banged a lotta girls and did a lot of coke, but he had a sense of humor, which his imitators lacked.

A few months after I moved to LA, I found out Vince Neil was going to join a band called Top Jimmy and the Rhythm Pigs at the Cathay de Grande, a punk rock club in Hollywood. The club was within walking distance of my apartment (i.e. weekly hotel room), so I checked it out.

I walk downstairs to join about 10 other people in a basement club. The ceiling looks like it is about to fall down and this pudgy guy with dirty blonde hair  -Top Jimmy - is onstage, singing the blues. Everyone was dressed down, with clothes  from the Salvation Army instead of Trashy Lingerie or.some sleazy mail-order leather emporium. I strike up a conversation with the kid next to me, who was outfitted in a plaid shirt, homemade bondage pants and Doc Martens.

I look up to see Vince Neil onstage with Jimmy. I didn’t recognize Vince at first cause without his stage gear, he looked like a fresh-faced 16 year old with perfect platinum blond hair. Then he started singing.

Damn, he could actually sing- he had a bellowy, bluesy voice.  It wasn’t at all like his Motley Crue screech ‘n’ scream vocals. This stellar display of bluesmanship didn’t last long, as Vince left the stage after a few numbers -or was it just one? It’s been a long time.

After Vince left, I bounded up the stairs, but was intercepted by a few of the club’s
patrons. By the time the night was over I had a new musical hangout. I made more friends and had more involved conversations the first few weeks at the Cathay than I had in months at the Troubadour. 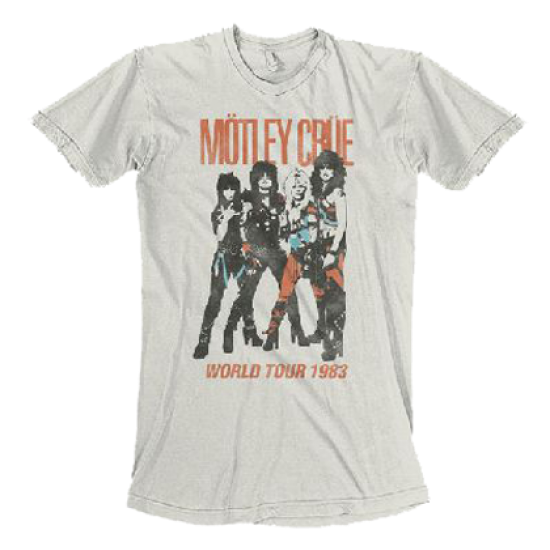 Not the shirt I had, but a reasonable facsimile

My musical transition was complete. I still kept my favorite T-shirt- a sleeveless white T-shirt with a  drawing of the Crue I got on Hollywood Blvd. I wonder if I would have discovered the Cathay, Top Jimmy and punk rock if Vince Neil hadn't sung with Jimmy that night. I guess you could say I became a Hollywood punk rocker because of Vince Neil. (And, yes, I still like Motley Crue and heavy metal. I'm an equal opportunity listener.)

After my introduction to Top Jimmy and the Rhythm Pigs, I traded in Aqua Net for Blue Mondays and my new punk rock friends. Many L.A. musicians and celebrities hung out at the Cathay – the members of X, the Minutemen, Nina Hagen, Jane Wiedlin, Timothy Leary, David Lee Roth, etc, and I met a few of them. And I met the infamous Mentors,  stars of the 1985 PMRC hearings there. And, yes, Top Jimmy was the inspiration for the Van Halen song. Sadly, Jimmy passed away in 2001

There was so much going on in the L.A. club scene then - Goths at the Batcave, the metal stuff on the strip and punk and its offshoots pretty much everywhere. Performance art and poetry readings were included at most of the clubs (except the metal ones). What a great time to be a carefree 20something in Hollywood!