Interview With Matt Tauber, Director of The Architect 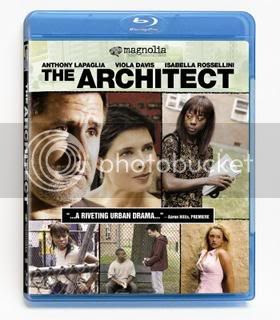 The Architect, starring Anthony LaPaglia (“Without A Trace”) and Viola Davis (“Far From Heaven” ) is now playing nationwide. The film concerns the struggles of a Chicago mother (Davis) and her attempts to get the inner city projects where she has endured a family tragedy torn down. LaPaglia, the architect who designed the ill-fated buildings, defends his creation while dealing with family turmoil of his own. The film also stars Isabella Rossellini, Hayden Panettiere, Sebastian Stan and Paul James. I recently spoke with the film's director, Matt Tauber, a seasoned theatre pro who choose The Architect as his first film project.

JB- You worked with 2 Tony award winners (Anthony LaPaglia and Viola Davis) and Isabella Rossellini on your first film. What was that like?

MT-We’d all had a lot of experience in theater. There’s sort of a camaraderie and fraternity among theatre actors and directors. They’ve all been through the same process, and there’s an immediate bond usually among people that have a background in the stage and I certainly felt that with Anthony and Viola. We had met a few time each to discuss the script and the roles as they were deciding whether to do the film or not. We developed a rapport rather quickly. I was very comfortable with them and it’s a credit to them to take a chance on risky material, and a first time director as well.

Isabella came to the project very, very late, less than a week before we started production. She, I think, particularly was very brave to kind of a challenging and in some ways underwritten part with so little preparation. We developed a rapport quickly because we had to. 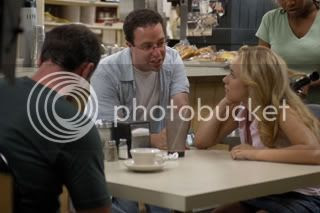 JB-How did this project originate? You first saw the play in Scotland.

MT- I had a play called American Divine which ran in rotating rep with The Architect. So while my play was going on I would go to the theatre next door and watch The Architect. After seeing it 3-4 times I grew to really fall in love with the language and I started reimagining it as an American story. Some of the political issues it touches on were very prescient at that time, especially in Chicago where I was living and working in the public schools and the juvenile detention center. It seemed like a natural fit and I was inspired by a lot of the poetry and ideas of the play and excited by the opportunity that I was coming upon in my work in Chicago.

JB-What did you encounter in Chicago that inspired you?

MT-Just this idea that an environment shapes its inhabitants, but also inhabitants shape their environment. And that you know our homes and where we live can become just as much of a physical prison as the emotional prisons of loneliness and grief and disconnection from family. And so I was interested in telling those stories, those very human stories about a father and son that are unable to connect, a mother and daughter that have never properly grieved the loss of their son and brother. And use the political and social backdrop of issue high rise public housing projects as metaphor and as a companion story. 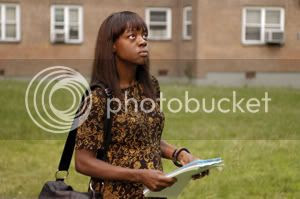 JB-What was most challenging about adapting the play to film?

MT- Juggling multiple storylines, something I was doggedly insistent of. Even though others may have embraced the protagonist driven play and let it be that, I wanted to tell a lot of these stories and I wanted to show the unlikely places where they met, both literally and thematically. So juggling those stories and trying to use that emotional zeitgeist as a connective tissue is really hard, especially editorially. That was the biggest struggle.

JB-What scene was most challenging to film?

MT-The toughest scene to shot was very simply the scence where Viola’s character comes to Anthony LaPaglia’s character’s home. There were a lot of plates spinning in that scene. You’ve got four very distinct responses to what happens. And the scene really sets each of the characters off in very different directions. It’s an inciting incident for all four characters. It’s such a talky scene. Anthony and Viola had so much to do as far as keeping it going take after take. And then editorially trying to keep all the characters involved in the scene and keep us connected to all the characters was a challenge.

JB-Do you have any new projects you’re working on?

MT-I’m very excited about my next film. It’s called Lives of the Saints. It’s a beautiful ensemble story of redemption, forgiveness and God’s grace. It stars Jeff Daniels. We’re just starting to cast right now and we hope to shoot it in the summer.