The Most Haunted Cemetery in America - Bachelor's Grove 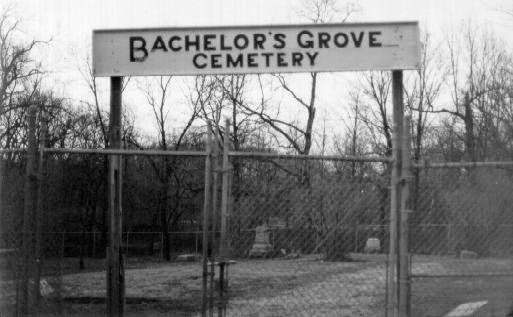 Bachelor's Grove, a tiny abandoned cemetery in southwest suburban Chicago, is often featured on Ghosthunters-type shows and is said to be one of the most haunted places in America. I grew up in  southwest Chicago, and visited the forest preserves surrounding the cemetery many times with my family.  I have a vague memory of walking down the trail that leads to Bachelor's Grove (during the day, unfortunately) once when I was a kid.  It takes a lot to convince me that a place is haunted, but in this case –

-Satanists plied their trade here in the 1960s, sacrificing animals, digging up bodies and setting fire to coffins
- Partying teenagers toppled headstones, carved messages in them, etc, in the 1970s and beyond
- Al Capone dumped bodies in a nearby pond*
-  In the 1800s, a farmer and his horse drowned in the same pond – or maybe another body of water nearby, not sure.
- The bodies of the Grimes sisters, two teens who were kidnapped in the 1950s, were found nearby, in Willow Springs. 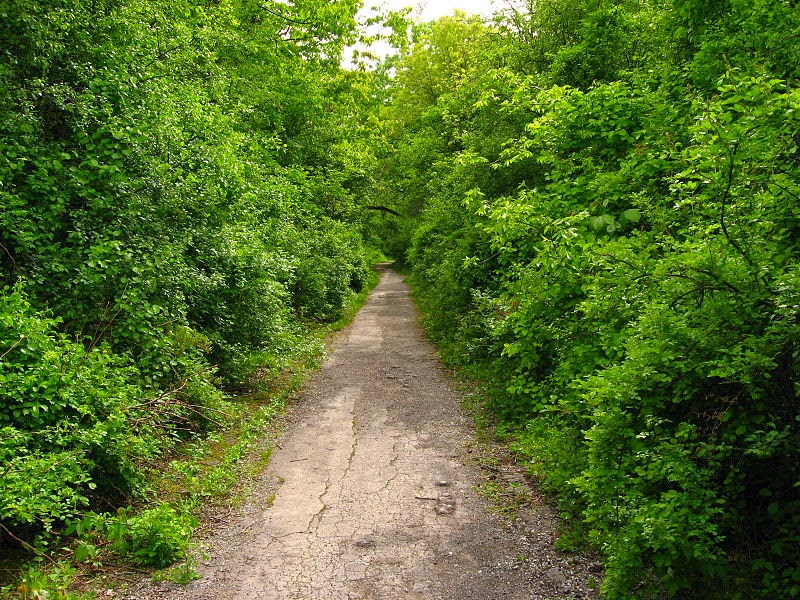 * I think either my Dad or Grandpa related this story to us one day on a family outing as we drove by the forest preserve.

So, if a cemetery would turn out to be haunted, this one would be a good candidate.  I always got an eerie feeling when  we drove by this area when I was a kid, especially at night. I wonder if that’s just because of all the rumors I’ve heard since I was little. It would be interesting to see how someone who never heard the stories would react while walking in the cemetery. It seems most of the people posting YouTube videos about their experiences were raised on the folklore and  expected to see ghosts.

People have reported seeing a white lady carrying an infant, flashing orbs of light, a transparent woman sitting on a tombstone, a phantom farmhouse that would shrink and disappear when approached, monks and a "ghost" dog resembling a Rottweiler. Check out photos of Bachelor's Grove at  Chicago Now. 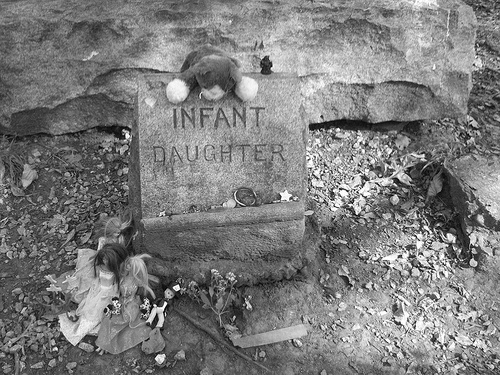