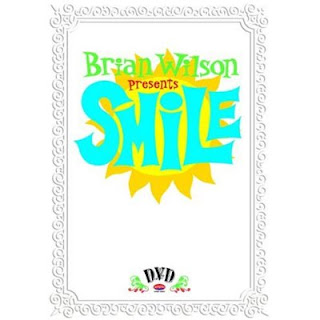 Brian Wilson Presents Smile Rhino Home Video Mired in mystery for 37 years, the most famous unreleased album of the rock era, Brian Wilson’s Smile, is a mystery no more. Rhino recently released an impressive double DVD set. Brian Wilson Presents Smile, a chronicle of the rebirth and completion of the legendary album.Disc one is the documentary Beautiful Dreamer: Brian Wilson And The Story of Smile, a look into the initial recording, resurrection and completion of the album. Disc two is the first public performance of Smile in London in 2004. The DVDs are attractively packaged in a white plastic case with the Smile logo on the front and includes a colorful foldout poster. Originally conceived by Wilson and co-writer Van Dyke Parks as a concept album about a journey from the East Coast to Hawaii, the original recording sessions for Smile began in earnest in 1966 while the rest of the Beach Boys were on tour. At the time, much was made of Wilson’s genius, reverently highlighted in the old newspaper and magazine clippings featured in the documentary Beautiful Dreamer. The documentary reveals a playful genius coming into his own. The camaraderie between Wilson, Van Dyke Parks and other original collaborators like is instantly evident in the documentary. Beautiful Dreamer omits any substantial mention of Wilson’s long-time struggle with depression or his advisor Dr. Eugene Landy, but instead concentrates on the positive aspects of Smile and its’ rebirth. The lost years we only get through still pictures. Wilson was given free reign too young, in heady, freewheeling times. Much credit has to go to Wilson’s wife Melinda and Darian Sahanaja, the musical director for live debut to helping resurrect Wilson’s musical ambitions. Wilson’s road to initial success as a Beach Boy was speedy but troubled. As a kid in Hawthorne, California, he was the victim of a cruel, abusive father, a failed musician who lived vicariously through his children. (For a complete bio of the Beach Boys, see the excellent history Heroes and Villains by Steven Gaines.) Smile’s concert debut in London in 2004, features a cast of vocalists and the Stockholm Strings And Horns. During Barnyard and Mrs. ‘O Leary’s Cow, the musicians don fire hats and kazoos. Every looks like they’re having fun. The ensemble cast, including keyboardist Darian Sahanaja boost Wilson’s morale and bring his genius to life. Although the sunny and silly aspirations of Smile seem very connected to its’ 1960s roots, in reality the piece is timeless and buoyant as the title suggests. The original concept, a cross-country trip from Plymouth Rock to Hawaii, endures with snippets of music. After the initial surfin’; hits and the acclaim heaped on Pet Sounds, Brian Wilson went into seclusion to work on Smile, a concept album ala Sergeant Pepper. Van Dyke Parks was recruited as Wilson’s lyricist. Best known for his folksy storytelling on solo albums such as the eclectic song cycle, Parks was somewhat of an underground phenomenon in the music biz, with a career as a session musician and composer and lyricist. Parks’ inventive poetry proved the perfect counterpart to Wilson’s musical whimsy. The recording sessions are revealed as a creative free for all. Interviews with Parks, bassist Carole Kaye and others divulge a litany of hijinx designed to inspire in-studio creativity, including an exotic, made to order tent, and the infamous piano in the sandbox. Although some vocals were recorded when the Beach Boys tour ended, the overdue status of the material, Wilson’s mental state and a freak fire down the street after the recording of Mrs. O’Leary’s Cow, shelved the project indefinitely. Good Vibrations and Heroes and Villains survived unscathed from the sessions and became radio hits. in the late ‘60s, with a fresh, psychedelic spirit that made that made tamer radio fare of the day sound trivial. With the completion of Smile, Wilson’s long-dormant dream is fulfilled. 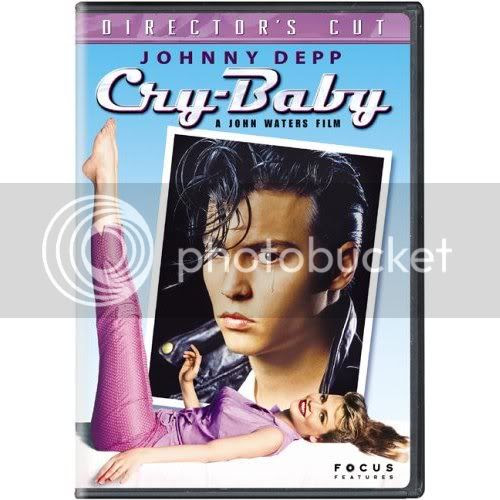 Cry-Baby: The Director’s Cut Universal Studios Home Entertainment Cry-Baby, released by Universal Pictures in 1990, was the first Waters feature that was produced by a major studio, and it also heralded Johnny Depp’s transformation from 21 Jump Street teen idol to lead actor with specialty in quirky characters. Cry-Baby retains Waters’ inherent trashiness, despite the studio’s stipulation that the film procure a PG-13 rating. Set in Water’s beloved Baltimore, Cry-Baby’s plot concerns the charismatic Wade “Cry-Baby” Walker (Depp), the leader of the wrong side of the tracks Drapes, and his battle with the bland Squares led by Baldwin(Stephen Mailer) Amy Locane, in her first starring role, plays the Allison Vernon-Williams, the pretty young thing caught between these two worlds. A curious combination of Waters regulars, newcomers and pop culture icons round out the cast. Mary Vivian Pierce and Mink Stole (in an iron lung) make cameos. Other great cameos are Joey Heatherton, Joe Dallensdro. Troy Donahue, and Patty Hearst and David (Ozzie & Harriet) Nelso . Iggy Pop stars as Cry-Baby’s Uncle Belvedere. "Oh, you caught me in my birthday suite buck naked," Uncle Belvedere says as the Drapes come home to find him enjoying a bath in a big tin bucket. Oscar winner Susan Tyrell is Ramona, the Drapes’ matriarch, and, judging by some of Waters’ commentary, was just as outlandish in real life as her character was onscreen. Traci Lords, in her first foray into respectable acting, is sharp and funny in a parody of a pouting sexpot in a tight skirt. Ricki Lake, in her pre talk show days, is Cry-Baby’s sister, the tough, perpetually pregnant Pepper Walker. The director’s cut DVD contains deleted scenes and a commentary. including musical numbers cut from the theatrical release, a subplot involving Lords and a sleazy “art” photographer, and the obligatory Waters gross-out scenes involving bodily fluids. The story, as Waters explains it in the It Came From Baltimore featurette, is based on the real Drapes and Squares from early 1950s Baltimore. Of course, Waters idolized real-life Drapes as a kid, but was never fully initiated into the fraternity. Cry-Baby, he explains, is a homage to his childhood fascination. The soundtrack, a blend of original early ‘50s doo-wop and rockabilly and songs written specifically for the film, is stellar and stands on its own musically. Even though Johnny Depp did have a passable singing voice, Cry-Baby’s vocals were provided by L.A. rockabilly singer James Inveltd. Rachel handled Amy Locane’s vocals. Lending more rockabilly cred to the soundtrack are High School Hellcats and King Cry-Baby, original songs written or co-written by the Blasters’ Dave Alvin.
Posted by JadeB at 9:24 PM 1 comment: