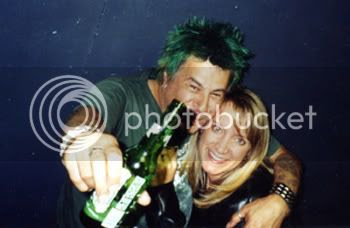 Susan Dynner co-produced the film, Brick, winner of the Special Jury Prize for Originality of Vision at the 2005 Sundance Film Festival, and studied film at the University of Wisconsin, but movies are not her first creative love. She revisits her first passion, punk rock, in her new documentary Punk’s Not Dead. Independently financed and filmed in bits and pieces over a four year period, Punk’s Not Dead features performances and interviews with dozens of bands, many of them from Dynner’s hometown of Washington, D.C. The film explores not only the history of punk, but also focuses on today’s punk and pop-punk bands. Punk’s Not Dead was recently screened at Cannes, with a special after-party appearance by the UK Subs, and its world premiere is slated for Silverdocs Film Festival in D.C. this June. I spoke with Ms. Dynner in L.A. recently about what inspired her to make Punk’s Not Dead.

Director Susan Dynner’s career began at an age when most teens are still figuring out what they want to be when they grow up. At 15, she started photographing punk shows in her hometown of Washington D.C. Did her parents give her a hard time about it? ”. “As long as I got good grades, they didn’t care. I got grounded a lot.” Dynner photographed and became friends with such bands such as Minor Threat, Fugazi and Bad Brains. The atmosphere was much more laid back in those days (early-mid ‘80s). “One day I went into the local record store where we’d buy all our punk albums. One of the bands had my photos on their album. I said to the store owner, who I knew, “I took that picture.” I was thrilled when a band wanted to use my photos.”

Dynner’s initial inspiration for Punk’s Not Dead occurred when she saw an ad for the Inland Invasion 25 Years of Punk Concert in 2003. The all-day show featured the Sex Pistols, the Distillers, the Damned, X, Pennywise and many other punk bands. Dynner was amazed at the magnitude of the event. “When I got there, I thought ‘How did it get so big and out of control ?’ The Buzzcocks, the Sex Pistols, the Offspring, who I love, and Bad Religion played, but also bands like Blink 182, which I thought was really weird. That’s when I got the idea (for the film.)” 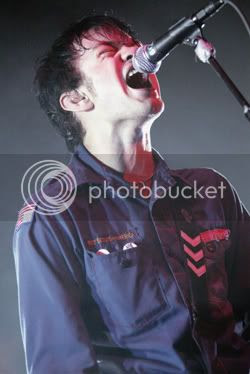 The mixture of old and new didn’t bode too well for some of the “pop-punk” bands on the bill that day, like Blink 182 and New Found Glory, who were soundly booed by many members of the capacity crowd. Why do so many of the so-called “pop-punk” bands get a bad rap?
“I don’t know why that is,” says Dynner, “I think it was just the wrong place for them.”
“They’re passionate about it. Who’s to say they’re not punk? Who am I to call what they’re doing is right or wrong?”

Of all the genres of music I listened to as a kid, as an adult I always keep coming back to punk, not heavy-metal, not new wave, or (God forbid) REO Speedwagon. When I mention this to Dynner, she says “I feel the same way. When it gets in you, it’s part of you, it was more than just the music part back then.”

Per new bands, “There are a lot of good ones out there. God Awfuls, Narcoleptic Youth, the Diffs. I started with them about a year ago. I’ve been following them for quite awhile. Their father was in TSOL (Greg Kuehn, dad to guitarist Elvis and drummer Max) “They were brought up with that music. They carry on (in) that mold.”


The credit list for Punk’s Not Dead runs the gamut from “Most of the people I wanted to interview I got to interview,” Among the bands and musicians featured are Henry Rollins, Black Flag, Peter and the Test Tube Babies, UK Subs, the Adicts, GBH, the Sex Pistols, the Vandals and the Vibrators, juxtaposed with radio-friendly bands like My Chemical Romance, Sum41 and Greenday. Dynner’s connections paid off as she got to interview all the bands she’d photographed over the years. One of the only disappointments was Joe Strummer, who passed away before his scheduled interview. 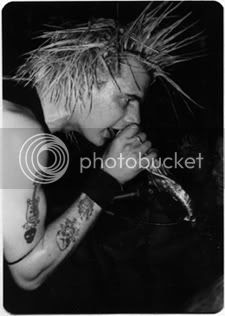 While Punk’s Not Dead examines “underground” bands and haunts, it also focuses on certain aspects of “corporate punk” culture, such as that ubiquitous mall staple, Hot Topic. A member of one of the bands, (Dynner won’t reveal his identity), booed when the Hot Topic segment came on.
“Why’d you do that?” Dynner asked him.
“Cause my daughter spends all my money there!” the musician replied.