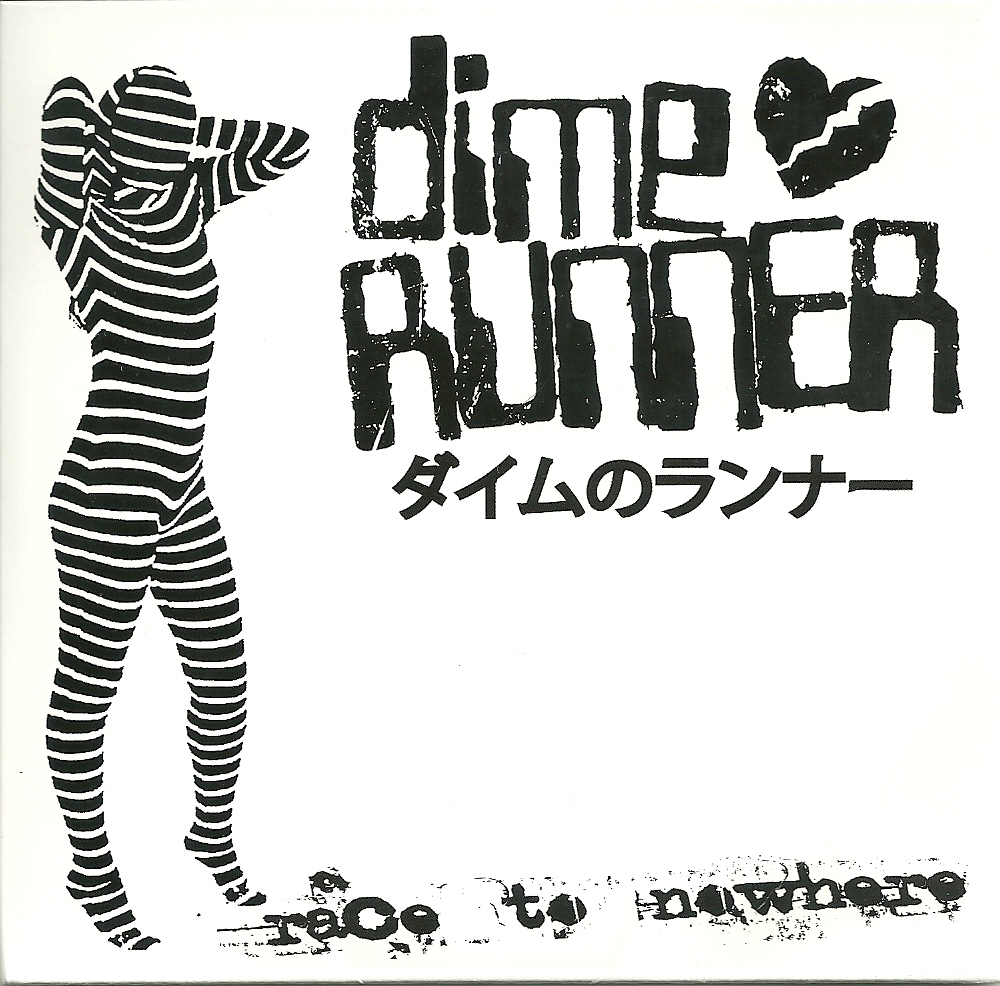 
Race to Nowhere is the latest album from Orange County, California punkers Dime Runner. This collection of  11 old-school punk songs combine  the spirit of ’77 with supercharged OC punk attitude.

There’s hardly a breather from the CD's opening riffs, as the title track barrels into your consciousness, the thumping bassline underscoring it all. This CD is 25 minutes of ultra-fast Ramones riffing, but there’s melody underneath - it’s not just a wall of rrrrwarrr. “It’s an Emergency” has a frenetic edge, obviously a result of influences like Broken Bottles and the Stitches.  Crisp, razor-fast guitar and snotty vocals abound through cuts like” Party Song”, the hardcore chant of “No Money, No Home”  and the dizzying amphetamine rush of “Tell Me What You Want.”    Race to Nowhere ends with an unexpected choice - a tasty cover of Joy Division's “Warsaw”.

Dime Runner formed in February 2011. This Fullerton-based band consists of  Brian Schickling (vocals), Rocky Rigs (guitar) Danny Drumkiller (drums, what else?) and Ryan Page (bass). They've  played gigs with Duane Peters’ Gunfight, Throw Rag and Guttermouth, and performed at the Punk Rock Picnic (on the same bill with Fear & Jello Biafra) Dime Runner has a bright future in the OC punk rock scene and beyond. The band's songs might be uber-short but they give you a lot to listen to. - and they’re designed to keep you moving, whether you’re at the club or listening at home.