Ringleader of the Tormentors and My Short, Wacky Life As A Morrissey Fan 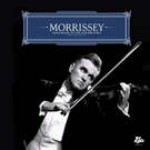 Yes, I know wacky and Morrissey aren’t supposed to appear in the same sentence. For years, oh, like 20 of them, I avoided becoming a full-fledged Morrissey fan-- and not because I didn’t like his music or his videos. When I read any article about the guy it really bothered me. Most journalists wrote about him with such heavy headed and didactic prose that it turned me off—or they dismissed him in a flippant, acerbic manner. So I listened to the music and avoided the hype.

If I happened to hear a Smiths or Moz song or see a TV appearance or video, I’d watch or listen, but I never made a point of it. I also glanced at every photo of him as I flipped through a mag to get to an article about, oh, Pearl Jam or the Cult (my bad), but never pursued him seriously. I did take a special interest in the Your Arsenal CD cover, however.

Last year, as penance for reviewing a Kelly Osbourne album, I decided I had to review two “smart” guys, so I choose Lou Reed and Morrissey DVDs to atone for my sin.
When I finally got around to viewing the Who Put The M In ? DVD, I noticed that most of the song titles had more words than the lyrics to most hit songs. I also noted, after doing some research, that real people, like journalists, either love and beatify the man, or loathe him with or without any real knowledge of his work. But what about someone, like moi, who never considered the myth, but only the music and the haircut, for years? When finally confronting all this backstory, what questions and comments sprung to mind as a semi-clueless Moz fan watched the video?

“He’s not celibate. Poor guy probably said something in an interview when he was 22 and now everybody expects it him to be celibate.

“Who’s that? Jerry Vale?” a friend of mine asked, glancing at the computer screen as I watched the video.

Actually, more like a combination of Sinatra, Elvis and Keats. And I found him incredibly sexy in a grown-up way. Excuse me, have you ever heard anything as hot or sexually charged as the second verse of “Jack The Ripper” Yeah, a guy who’s not interested in sex wrote that.

Also, I thought he had was funny as hell when he wasn’t being a lyrical genius and slightly off-key crooner.” Some of the most profound poetry is written by people with pervasive senses of humour.

The funniest bit, however, occurred when Moz mentioned someone named Julia.

“Julia… is that his wife?” I murmured, totally befuddled.” A few minutes later he mentioned someone named Manuel “Who’s Manuel? Is that his boyfriend?

Shortly thereafter, I scouted around, naturally to find out more details about Morrissey’s life and times and buy up, in one fell swoop, his entire back catalouge.

I happened upon a site called Morrissey-solo. It filled me in on history and then some, but sadly with more in-fighting and obscene name calling among boardees than Metal Sludge. Always seems to me that the board will post anything. If a Walmart cashier in , says he saw Moz buying pork rinds and lime Kool-Aid, they’ll print that as a news item. The fact-checking on the site news page is somewhat inconsistent.

Turned out the man himself referred to the Board as Solow and adopted another website True-to-you.net, as his official (non-record company) site. The Julia mentioned above, as it turns out, was not his wife, but a rich fan who has attended most of Morrissey's live shows for years.

You see, I’ve always liked the New York Dolls. The first rock band I ever liked fell in love with via Don Kirshner’s Rock Concert just as Moz did in with Old Grey Whistle Test. I attended a screening of the Arthur Kane documentary New York Doll and I’m sitting there look a few rows in front of me and there it was --the back of his neck. Strangely enough, in the documentary “Importance of Being Morrissey” that’s what Linder Sterling said. “People see the back of his neck and they know it’s him.” I can vouch for that.

I had a crush on Moz for a week at this point. I’ve had to wait decades before getting close to some rock stars I’ve admired. I’m like “Oh yeah I really look like one of his fans, with my fluffed up yellow blonde hair and so much blush I looked like a piece of candy.” I’m not quite sure what I thought his female fans were supposed to look like. Goth librarians? Sylvia Plath wanna-bes? When the movie ended and everyone filed out. I took a quick look at Hope I wasn’t grinning like too big of an idiot. As I stepped down the stairs, I thought “Oh God, he’s walking down the stairs across from me at this very moment.” The longest five seconds of my life ensued. “Now you put one foot down on the step, then the other foot,” I coached myself. "Good, now do it again.”

Which brings us to present day. So like a kid, I was really looking forward to Ringleader Of The Tormentors, not knowing what really I was looking forward. Of course, many people were breathless with anticipation, proving that one problem with ardent fans of any entertainer is that they have unrealistic expectations. In many ways, there’s not that much of a difference between an artist’s worst enemies and their best fans.

The hype surrounding ROTT seemed a bit too perfect. The album was recorded in with Tony (T-Rex, ) Visconti producing. Moz found love in and he wrote about it. Our boy was out of L.A. and the mystery was over.

The elegiac, witty lyrics of the Smiths and well, all Moz albums save for Maladjusted and Southpaw Grammar are absent. Don’t put ROTT in the same category as those last two. The verbiage on ROTT is straightforward and for Morrissey, simple and slapdash at first listen. But as they say it’s a grower.To my taste, only one song falls flat after repeated listenings. Only the lyrics of “The Father Who Must Be Killed” still drive me batty. Did he hire a subcontractor for this song? I mean, the premise is fine, but the execution, so to speak, is lacking. It’s the only song without a discernible melody.

Life Is A Pigsty- The seven minute epic, complete with rain and thunder sound effects ominously crashing in the background. The Youngest Was The Most Loved features a children’s choir.

Dear God, Please Help Me
The melancholy organ ,the Ennio Morricone arranged strings,the pleas to the almighty, and the much-touted Explosive kegs between my legs reference, it’s the best track on the album. And yes, you read that lyric right. It’s laughable when printed, but when you hear Moz sing it,it practically drives you to tears. He can do that to you, just with his voice.

You Have Killed Me-poppy radio hit. You don’t even notice the lyric I entered nothing/nothing entered me/til you came with the key after the after the first listen.

I Will See You In Far Off Places, with its Middle Eastern tempo and politically charged lyrics is to ROTT what America Is Not The World was to Quarry. Well, the inside of the CD cover does feature the phrase “Smash Bush” spray painted and discreetly camouflaged on a brick wall.

ROTT doesn’t demand my attention like Vauxhall and I or Viva Hate. Even so, it’s impossible to treat any Morrissey album as mere background noise. Ringleader of the Tormentors gives us a friendlier, more accessible, slightly less miserable Moz, carrying on the torch passed from Quarry and tweaking it a bit. The man can’t remain totally despondent for our amusement forever.

When I attended my brother's wedding in suburbuan Chicago last year, I was surprised by the lack of SIDEWALKS. Remember those? In the days before you parked your car and walked two steps from the carport into the house, you had to actually WALK outside in the fresh air and say hi to the neighbors before getting to the front door. Some of my friends didn't believe my "no sidewalk" story, but the link above proves I'm not the only person who's noticed this. Builders and city planners now assume people go from car to house or apartment with no human contact. There's no such thing as a pedestrian anymore. No wonder a huge percentage of Americans are obese and emotionally disconnected from one another. Get your fat ass out of the car and walk 2 blocks to the 7/11, for God's sake!!
Posted by JadeB at 5:05 PM 1 comment: