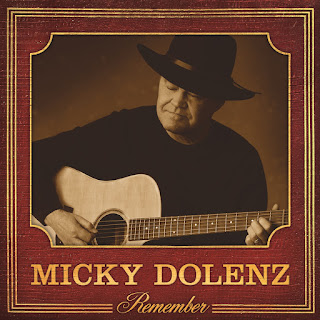 The surviving Monkees,  Micky Dolenz,  Mike Nesmith and Peter Tork embarked on a 12-city tour earlier this month. Each show includes a tribute to the late Davy Jones, with film clips and an audience member in each city chosen to come up and sing Daydream Believer. The set list features all the pop hits we know and love - Last Train to Clarksville, Steppin Stone, Pleasant Valley Sunday, etc.), songs from Headquarters, the  psychedelic masterpiece Head and Daily Nightly, one of the first pop songs to use a Moog synthesizer. In concert, Mike’s hilarious interpretation of Moog sounds substitutes for the real thing.

The current tour resumes Thursday for four last sold-out shows on the East Coast.  There’s no word on future tour dates for the Monkees, but the boys have other solo projects in the works. Mike may launch solo tour for 2013 (according to one of his Facebook status posts)  Peter's  blues band, Shoe Suede Blues, has a new CD, Step By Step, available at CD Baby. Micky is scheduled to perform at the KLOSChristmas Concert in L.A. and at Walt Disney World in March. Micky’s latest CD Remember, released in October, is reviewed below.

Micky Dolenz’s new CD Remember (RoboRecords/Universal Music) is much more than a nostalgia trip for the 50 and up set. Younger fans will like it too. Dolenz and producer David Harris compiled a list of songs that were milestones in the Monkees -and Micky’s- long and storied career. They put a creative spin on some iconic songs by the Beatles, Three Dog Night, Chuck Berry, and, of course, the Monkees.

A breezy reworking of the Beatles’ Good Morning Good Morning kicks off the album.  A lighter, acoustic version, it rolls along with sunny ease. Micky visited the Beatles when the recording of Sergeant Pepper and John played him a working version of this song during his visit to Abbey Road Studios in 1967, and a snippet of the song opened the last Monkees episode, Mijacogeo, which Micky directed.

The Paul Williams penned Just an Old-Fashioned Love Song , a big hit for Three Dog Night in 1971.  Micky originally turned the song down, but makes up for it on this version. Micky’s soulful take on this tune, comes complete with some mid-song scatting, ala Cab Calloway.

Diary, a hit for David Gates and Bread, is another song Micky passed on in the early 1970s.Remember’s version takes the listener on a  rollercoaster ride of emotions, veering from tenderness to heartache as the arrangement soars, and then  back to tenderness during the final verse.


Neil Diamond’s I’m a Believer is one of the most well-known - and overplayed - pop songs of all-time - that goes for both the Smashmouth’s version from Shrek and the original Monkees hit, but the rockabilly arrangement here makes it fun and fresh. Now I’m listening to this one over and over.

Sugar Sugar, originally brought to the Monkees by Don Kirshner. This song allegedly caused the mutiny that resulted in Kirshner's exit as the Monkees' music director. Cartoon band the Archies (actually singer Ron Dante) charted with the song instead, and the Monkees went on to write and produce their own music on Headquarters. Micky’s jazzy version of Sugar Sugar here is more suggestive than the bubblegum original, with a little dollop of Micky’s trademark humor at the end.

Quiet Desperation, the only original song on the CD, has all the markings of 1960s country original – that’s what I thought it was when I first hard it. Micky wrote this tune, and the phrasings on some of the lyrics are simultaneously comic and poignant.

Sugar Sugar, originally brought to the Monkees by Don Kirschner. This song allegedly caused the mutiny that resulted in Kirshner’s exit as music director. Cartoon band the Archies (actually singer Ron Dante) charted with the song instead, and the Monkees went on to write and produce their own music on Headquarters.. Micky’s jazzy version of Sugar Sugar here is more suggestive than the bubblegum original, with a little dollop of Micky’s trademark humor at the end.

Micky played acoustic guitar and contributed 40 separate vocal tracks on Prithee (Do Not Ask for Love). Originally sung by Peter Tork on the ill-fated TV special 33 1/3 Revolutions per Monkee), this version has a classical, choral  feel to it.

The album ends with the haunting Remember, written by Micky’s Hollywood Vampire buddy, Harry Nilsson. The Monkees gave Nilsson his big break when they recorded his song Cuddly Toy in 1967.

Micky always had one of the best pop voices of the 1960s, equally adapt at ballads and bouncy pop. On Remember, Micky’s voice sounds better than ever, strengthened by his years in musical theater. Dolenz has appeared several musicals since 2004, with roles in Aida, Pippin and and the UK touring company of Hairspray.


Musicians on the album included Vicki Petersson of the Bangles on rhythm guitar Will Champlin on piano, John Cowsill and Vinnie Colaiuta on drums and Bob Birch on bass. The CD booklet features photos by longtime Monkees photographer Henry Diltz.  Kudos to  producer David Harris, whose arrangements really bring out the nuances in Micky’s voice. Remember is a great audio time capsule of songs from the 1960s and 1970s. It will evoke memories for older listeners and entertain fans of all ages with its fresh takes on some classic pop tunes.