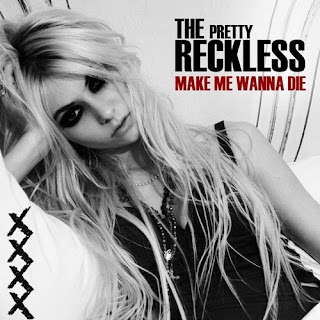 In the 1960s, TV and movie stars often branched out into the music biz with mixed and often unintentionally comical results. Who could forget William Shatner’s classic interpretations of Mr. Tambourine Man and Lucy in the Sky with Diamonds?   During the 1970s, teen TV heartthrobs like Anson “Potsie” Williams and John “Barbarino” Travolta released solo albums to capitalize on their popularly with teenage girls. These albums are remembered now mostly as pop culture time capsules.

Today’s actors turned musicians are in it for creative expression and respect, not just kitsch value and a quick buck. Jeff Bridges performance in Crazy Heart as down-on his luck country singer Bad Blake surely inspired his second real-life turn as a country vocalist/songwriter. (His first album, Be Here Soon, was released in 2000.) The self-titled album, contains 11 original songs that evoke   With longtime friend and legend T-Bone Burnett producing, Roseanne Cash helping out on vocals and a cadre of notable Nashville sidemen, Bridges’ authentic, amiable voice evokes Gordon Lightfoot crossed with a gritty, seen-it -all-but- kept-on-going Americana charm. The album shines on hopeful cuts like the Stephen Bruton penned What a Little Bit of Love Can Do.

Billy Bob Thornton began making music in junior high and played in several local bands in Texas and Arkansas before hitting in big in Hollywood as an actor/screenwriter with Sling Blade. Thornton rekindled his music career in 2001, with a solo album Private Radio. Three more solo albums followed, as well as session work on albums by Earl Scruggs and Warren Zevon. The Boxmasters, Billy Bob’s Americana /rockabilly band   released their self-titled debut CD in 2008, followed by a Christmas album later that year. The rowdy two-disc set Modbilly followed in 2009

Zooey Deschanel branched out into indie music via her role in the 2007 film, The Go-Getter. After recording a cover of  the Linda and Richard Thompson song, When I Get to the Border with musician M.Ward for the soundtrack, she and Ward  began working together on some of her original songs. The project resulted in the duo’s ongoing indie-pop band, She and Him, has garnered positive reviews from critics for its breezy, Mamas & Papas influenced retro sound.

Former Gossip Girl Taylor Momsem set the celebrity sites ablaze with her recent revelation that she was quitting acting to devote time to her music career. While some might chalk this move up to youthful experimentation, Taylor is only 16, but her band’s music has been compared to Led Zepplin with a female singer. Taylor wails like a grunge-era Courtney Love with ‘80s Goth thrown in for good measure. She has a strong, rock ‘n’ roll voice, not a trained theatrical voice like a lot of young actors, and one could never mistake her for an actress moonlighting as a :rock star.” Pretty Reckless formed in 2009, and Interscope Records signed them in 2010.  The band’s first album Light Me Up was just released, with the band playing tour dates in Australia, England, Germany and the U.S. They even played the Montreux Jazz Festival in Switzerland this past July. Her route is similar to that of quirky actress turned hard-rocker Juliette Lewis, whose female Iggy Pop music and stage persona seemed almost a natural extension of her roles in Kalifornia and Natural Born Killers.

Boasting a marquee name can lead fans to listen, but won’t necessarily make them-or critics-approve. Anywhere I Lay My Head, Scarlett Johansson’s ambitious album of Tom Waits covers, featured guest appearances by David Bowie and members of the Yeah Yeah Yeahs, but even musical star power and lush orchestrations couldn’t set the project on a winning course with fans, and the album faded away. Johansson’s subsequent musical project, Break Up, with indie musician Pete Yorn, fared better. Yorn enlisted Scarlett to play the modern-day Brigette Bardott  to his updated version of French songwriter Serge Gainsbourg, and the result is a melancholy tale of  a sputtering romance  told by two soon to be ex-lovers.

Of course, this is just a partial listing of recent singing actors. Minnie Driver has a country singing career;  Nicole Kidman did a duet of Something Stupid with Robbie Williams, and so on and so on. Most of the celebrity albums are well-produced and have some artistic merit. Whether their musical efforts will resonate emotionally with fans as much as their dramatic performances is an open question. Fans have fond memories of the musical blips by Potsie and Barbarino, if only for the camp value  Will today’s thespian musical releases be remembered by fans in a few decades-or even a few months? Only time will tell.

Milla Jovovich channels Maya Deren in the video for Gentleman Who Fell, 1994