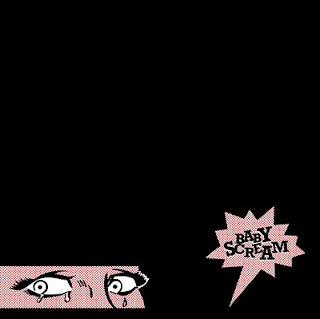 The self-titled CD by Argentine rockers Baby Scream takes clean power pop and classic rock, then adapts a John Lennon vocal style and binds them together with top-notch production. This CD is Baby Scream’s ninth album since 2002. (The band has existed in one form or another since 2001.) Baby Scream is one band that will certainly never run short on inspiration.
Baby Scream is the brainchild of vocalist/guitarist/songwriter Juan Pablo Mazzola. His brand of Beatles met Cheap Trick pop traverses genres for a sound that defies typecasting. On Jekyll & Hyde, Mazzola channels Strawberry Fields Forever, with just the slightest hint of prog/space rock added in to complete the trippy vibe. The lilting The Ghosts of Valerie (with guest guitarist Eric Dover from Alice Cooper’s band) sounds like a 1980s “skinny tie” band hit filtered through a 1960s one-hit soft psychedelic sound – think of the Peppermint Rainbow’s Are You Staying After Sunday?
Nipone, the lullaby that ends the album, has a Japanese-influenced sound that becomes as haunting as it is gorgeous as the song progresses.  Exile has a Revolver feel with especially dreamy vocals.
Watching the End of the World (On TV) shares a kinship with Bowie's Five Years ,but after a mellow start, the song revs up to high gear, chugging along like a finely-tuned machine. Along with vocalist/guitarist Mazzola, the band consists of lead guitarist Hernán Pascual, bass player Raul Marcos, and drummer Claudio Salas.
Baby Scream has a trippy psychedelic vibe -- call it acoustic psych/power pop, if you really need to label it. The acoustic guitar sound on this CD has a ballsy passion you won’t find in any music with the partial description “folk” The ten songs on Baby Scream have a timeless sound that could fit in with rock music playlists from the ‘60s, ‘70s or early ‘80s.
Posted by JadeB at 10:37 PM No comments:

CD Review: Sci-Fi Romance: ...and surrender my body to the flames 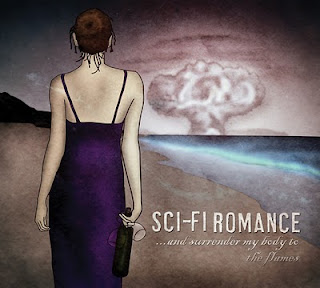 Los Angeles based singer-songwriter Vance Kotrla is a man of many talents. He once played drums for death metal band Black Spiral and formed his own production company, Broken Image Entertainment, shortly after graduating from high school. Now he has turned his attention to music, releasing a solo CD, ..and surrender my body to the flames, under the moniker Sci-fi Romance. The name was inspired by a review of Eternal Sunshine of the Spotless Mind, which described the film as a “sci-fi romance.”

…and surrender my body to the flames has already placed on a Best of 2010 list from a Dutch music blog. Even a cursory listen to the eleven tracks on the CD (also available via digital download on Bandcamp), will help you understand why this debut effort received such an accolade. The songs explore themes of love and loss with a sound that can best be described as “alt-folk.” The lyrics, which appear on the Windows Media Player screen as you listen to each track, have a melancholy literary bent to them. It’s somber Nick Cave meets Joseph Heller with a screening of Metropolis in the background. Fittingly, Kotrla has complied public domain footage from science-fiction films to accompany the songs on …and surrender my body. You can watch the videos on his YouTube channel or the Sci-fi Romance website.

Frankenstein’s Lament, with its haunting female background vocals and sparse acoustic guitar, is told from Dr. Frankenstein’s point of view as the angry villagers rebel against his creation. These Scars, combines a love song about emotional pain and a sci-fi tale of impending death. Kotrla channels a bit of Type O-Negative here, that is, if Type-O had a more intellectual approach to their lyrics. The wistful Long Gone looks back at youthful mistakes, while In the Dark Together conjures up visions of two young lovers on the road in a desert town, vowing to stick together no matter what fate bestows upon them.

…and surrender my body to the flames is an unusual combination of poetic lyrics and old-school science fiction imagery. Vance Kotrla’s main strength here lies in his words, and the mostly acoustic music serves as a conveyance to reveal the emotions and storyline.