Kieran Turner’s documentary Jobriath, A.D. gives us a long-overdue glimpse into the life of one of rock 'n' roll’s most enigmatic characters. Jobriath, aka Bruce Wayne Campbell  aka Cole Berlin, went from through  many chameleon-like career changes in his 36 years,. from musical theater star to glam rock also-ran to cabaret singer.  Like Klaus Nomi, Jobriath was gay in an era when mainstream culture only accepted gay rock stars who hid or downplayed their sexual orientation.  Unlike Nomi, who was a vocalist/performance artist, Jobriath was an accomplished musician and songwriter. He was an adolescent piano prodigy who dropped out of college, joined the military, went AWOL, joined the L.A. cast of Hair, performed with hippie-rock band Pidgeon, spent time in a mental institution –and then things really got interesting.

Regardless of your musical (or sexual) preference, Jobriath A.D. has elements that will capture the interest of most viewers. It’s a story of an artist way before his time, the victim of an over-the-top publicity campaign, an unsophisticated public and a fickle press. Even in photos from a recording session with some of his Hair cast members, Jobriath emitted a cool, charismatic androgyny, long before any of the glam rock trapping appeared. His talent was undeniable, as he churned out song after song. As writer and activist Jim Fouratt, one of the film’s interviewees, notes, “He was one of those people who had talent that transcended his sexual orientation..”  Jobriath kept an extremely low profile about his real-life sexuality, despite his pronouncements to the press about being a “true fairy.” 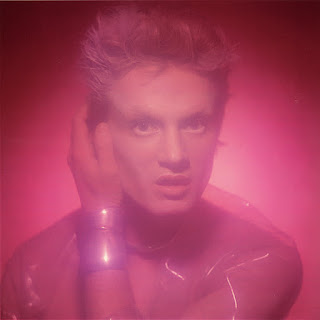 Campbell gave himself the name Jobriath, a contraction of Job and Goliath, shortly before playing Woof in the stage version of Hair. He soon attracted the attention of Jerry Brandt, a flashy (one associate described him as “reptilian”) but successful music impresario. Brandt and Jobriath had a symbiotic relationship; they both wanted fame and fortune, to be “like Colonel Parker and Elvis.” Interviews with Brandt form the core of the documentary. He comes across like a high-end version of the satin-jacketed rock manager Bill Murray portrayed on Saturday Night Live.  By the end of the film, though, it becomes clear that he wasn't Jobriath's manager just for the potential money and gold records. He obviously revered his client's talent. The seemingly bottomless promo budget for Jobriath’s first album fueled a 50-foor square billboard in Times Square, full-page ads in major magazines and ads on London’s bus fleet.

Brandt got Jobriath booked on the pop variety show The Midnight Special, where he performed on the same bill with Gladys Knight and Spooky Tooth. Jobriath’s performance confused most people who watched it that night. They simply ignored him and continued listening to the Doobie Brothers. Despite a few glowing reviews, the music press portrayed him in as a flash-in-the-pan imitation of Bowie, Bolan, et al.

Despite a mixed critical reaction to the album and near zero attention from record-buyers, Brandt and Jobriath forged ahead with new projects, which included  planning a performance at the Paris Opera House. The spectacle, which would put even Lady Gaga to shame, involved King Kong and a replica of the Empire State Building that turns into a large penis – and this was in 1974! The concert never materialized, but  animator Benjamin Nielsen envisions how the project may have turned out in one of  Jobriath A.D.'s cartoon sequences. By the time Jobriath’s second album, Creatures of the Street ,was released in 1974, the marketing campaign had run out of steam, and Jobriath retreated to pyramid apartment on top of the Chelsea Hotel. He reinvented himself as cabaret singer Cole Berlin, and gained a following at piano bars in Manhattan. Jobriath died of AIDs in 1983, one of the first rock musicians to succumb to the disease.

Turner includes interviews with people from the pre-glam part of Jobriath’s life, including his brother, Hair castmate Gloria Jones and the play’s producer, Michael Butler. Other interviewees run the gamut from Jayne County, another trailblazer for the LGBT music community, to Joe Elliot (Def Leppard did a version of Heartbeat on one of their covers albums), Ann Magnuson, Jake Shears of Scissors Sisters, Will Sheff of Okkervil River and Marc Almond. So that’s quite a range of performers who credit Jobriath as a musical influence.

Director Kieran Turner’s fully-rounded effort doesn’t gloss over any facet of this story or take too long on any one part of this complicated saga; his timing with the material is spot-on.  Turner’s research for the film turned up several gems, including interview footage of Brandt and Jobriath from the Los Angeles. NBC affiliate.  This documentary connects all the obscure Jobriath info floating around the Internet  and elsewhere and fits the puzzle pieces together. Jobriath A.D.  pays homage to a man who broke ground for gay people in rock music, the man some music scribes refer to as “America’s Bowie”