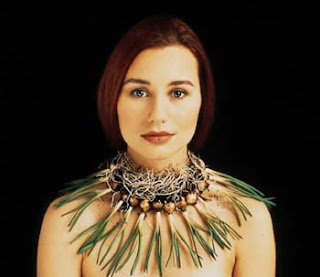 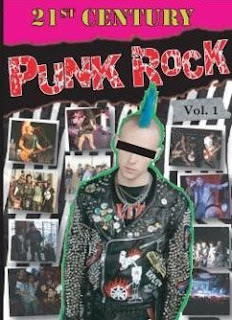 
The title 21st Century Punk Rock, Vol. 1 sounds all-encompassing, as though it’s an encyclopedia of all things punk. However, this DVD focuses only on a small group of punk rock bands, from old-schoolers Shattered Faith to young upstarts like Homesick Abortions. Filmed on location in Southern California on an extremely low to nonexistent budget, 21st Century provides an inside look into the epicenter of a musical genre that has morphed from an underground life form to a homogenized mainstream force. In the opening snippet, Leo from the band Terezodu addresses this subject, noting that punk rock is now embraced by the masses and that even porn stars have Mohawks. “We’ve got to make people fear us again,” he says.

The interviews and clips that follow present bands, managers, fans and even a soundman who bear no resemblance to the cover girl and cover boy version of punk rock we see everyday in magazines and at fashion shows. From the Voids doing “L.A.P.D.” to the Krum Bums, Casualties, and Lower Class Brats, the punk here is fast ‘n rough and bears no resemblance to the cleaned-up pop punk of oh, say, New Found Glory. The bands represented are the descendents of the first wave of LA punk, i.e. the Germs, X, the Bags, and so forth. During one clip, you can almost smell the sweat and pot smoke as a promoter admonishes a bunch of unruly fans for fighting during a set. True punk rock minus the embellishments still exists in the States--mostly in Southern California, for some cultural and ideological reason. 21st Century Punk Rock, Vol. 1 provides a “slice of life” look into this scene.
Posted by JadeB at 12:40 PM 1 comment: