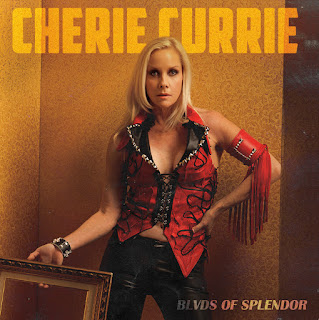 In today's world of streaming music, with every song imaginable  a click away, it's hard to stay focused on an entire album. But you can still find gems that keep even the most ADHD-challenged music listener interested. You can listen to the digital version of Cherie Currie’s album Blvds of Splendor straight through, and come back for seconds. There’s not one bad song on Blvds. You won’t need to skip around to get to the good stuff, or buy a few tracks because the rest of the songs aren’t up to par.

The tracks were recorded in 2010 and 2011 for an album on Joan Jett’s Blackheart Records, but the release was delayed until 2019.  On Record Day 2019,  Blackheart released a limited edition red vinyl album of Blvds of Splendor. It sold out almost immediately.

The digital download of the album, released in late April of this year, contains three songs not on the red vinyl. Matt Sorum (Guns ‘N’ Roses, Velvet Revolver) produced Blvds of Splendor and played drums on all the cuts. Most of the songs were written or co-written by Cherie and her son,  Jake Hays. Jake is a multi-instrumentalist, singer and producer. His debut album, Room 13, is available on Spotify and other streaming platforms.

The album blasts off with “Mr. X”. Slash and Duff MacKagan  give extra oomph to this already bombastic song about a fiery ex-lover. (Slash and Currie previously played together for a benefit in 2013 along with Lita Ford.)

Currie clears the cobwebs off “What Would All the People Say?”, a minor hit for the in 1982. The other covers include a funky version of the Tommy James hit “Dragging the Line”. The moving, string-infused take on the Hollies’ “The Air that I Breathe” brings the song to another level.  Currie’s earthy voice has matured and lends more poignancy to the lyrics. (Even in the Runaways, at 16, she had a bluesy tinge to her voice.)

“Rock & Roll Oblivion” features a rich, haunting pastiche of E-bows and thundering guitars. It’s tale of a survivor who has earned her “scars of wisdom”, and the song exhibits a lot of raw emotion.

The title track, co-written by Billy Corgan, showcases Currie’s melodic skills. The song has a pleasant, hummable chorus, and Cherie and Billy’s voices blend well. Blvds of Splendor is the kind of song that would sound great blaring out of a car radio (aka Siruis) on a summer day.

The catchy anthem “Force to Be Reckoned With” (co-written by Holly Knight), charges along with a steamroller rhythm, and “Breakout” has the gritty tone of an AC/DC or Thin Lizzy album cut. The feisty “You Wreck Me” calls out an ex-lover, and the Gina Gershon-penned “Gimme”  is a declaration of independence by a woman who knows what she wants.

The Runaways have influenced decades of female musicians, and a few of them make an appearance on this album. The digital only version of “Queens of Noise” features an all-star cast of Brody Dalle, Juliet Lewis, the Veronicas on back-up vocals.

Blvds of Splendor kicks ass, whether you categorize it as hard rock, pop-rock, or melodic rock. It’s reminiscent of many hard-rock albums released from the ‘70s to the early ‘90s, attitude-wise. Modern production and more sophisticated lyrics bring the sound  into the 21st century without sacrificing the edge.

Blvds is one of the most engaging hard rock albums I’ve heard in the last decade.  Currie certainly deserves a nomination for best hard rock/metal performance for the 2021 Grammys, and the songwriting and production are top-notch as well. 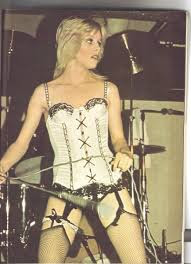 From Cherry Bomb to Chainsaw Chick

The photos of Currie singing onstage in a white corset with the Runaways have become some of the most iconic rock images of the 1970s. Runaways’ taskmaster/music impresario Kim Fowley initially envisioned Currie as the rock Brigitte Bardot, but she eclipsed that image almost immediately. Her voice and stage presence were sheer rock attitude. The band turned out to be much more than a vehicle for Fowley’s jailbait fantasies.

Joan Jett and Lita Ford have been rock stars in their own right for decades. Jackie Fox became an entertainment lawyer after leaving the band. Sandy West released a solo EP in 2000, and is included on many top female drummer lists.

Since Currie left the Runaways in 1978, she has reinvented herself many times as an actress, a drug counselor, chainsaw artist, and, of course, a solo musical artist. Her two post-Runaways albums, Beauty’s Only Skin Deep and Messin’ with the Boys (with sister Marie) boasted many catchy pop-rock tunes, but neither album made a dent in the chart. 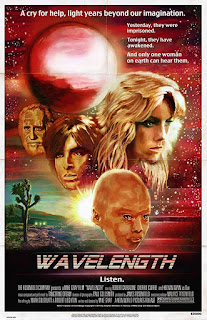 Currie starred in two movies that have become cult classics. Wavelength, an indie sci-fiction movie, seemed to be inspired by an alleged UFO event in . She played  ill-fated Annie in the teen drama, Foxes, along with Jodie Foster. (Fun Fact: Curie was up for the Riff Randall (P.J. Soles) role in Rock ‘n’ Roll High School, but turned it down to be in Foxes. )

Currie’s 2015 solo album Reverie (her first album since Messin with the Boys) was produced by Kim Fowley shortly before his death. Cherie’s son Jake Hays played guitar, bass, keyboards and co-wrote several of the songs with Cherie. Fowley co-wrote two songs “Queen of the Asphalt Jungle” and “Dark World” with Cherie and Jake.

Lita Ford delivers lead vocals on remakes of two Runaways “Is It Day or Night?” and “American Nights”. This comeback album proves that Currie’s still had the chops to rock out (and outdo) many female vocalists half her age. 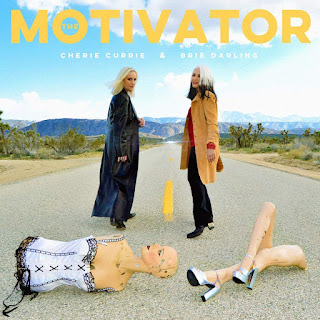 The Motivator, released in 2019 by Blue Elan Records, featured Cherie and Fanny drummer/singer Brie Darling rocking nine cover songs and three originals. It’s obvious a lot of thought went into both the selection and execution of the covers on this album. The original versions of “Gimme Shelter” and “Gimme Some Truth” are pretty much ingrained in the public consciousness,  so it takes guts to even tackle them, much less perform them as well as Currie and Darling did here. The title song, T-Rex’s “The Motivator” has an infectious, danceable groove. The original tune “This is Our Time” offers an empowering message on the present – and the future. “Too Bruised” exposes the  vulnerable side of a woman letting go of a failed love affair.  “I’m Too Good, That’s Just Too Bad” is a grown-up version of “Cherry Bomb” and other strutting Runaways’ anthems. “Do It Again” by the Kinks and the 1960s’ Flower Power anthem “Get Together”, originally by the Youngbloods, round out the covers.

Currie makes a living as a chainsaw artist carving wood sculptures with a chainsaw. In 2016, she had a near fatal accident while carving. It took her a year to recover, and she then resumed her music and art careers. You can see photos of her chainsaw art at Chainsawchick.com.