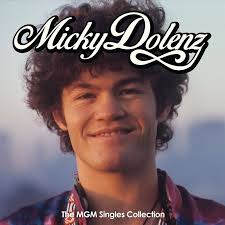 This September marks the 50th anniversary of the Monkees TV show, and the introduction of Davy, Micky, Mike and Peter into music and pop culture history. The TV show’s two year run is the most beloved creation featuring the guys, but the following 48 years the guys stayed active, recording and touring either solo or together in various formations. The causal fan on the street may only remember the various reunion tours, Mike’s solo career, and have a vague recollection of “Pool It” or  Dolenz, Jones, Boyce and Hart  You’d really need to be a hardcore fan to remember the other projects Davy, Peter and Micky participated in between the end of the 60s’ Monkees and their reunion in the ‘80s.


England’s 7A Records, the brainchild of broadcaster Iain Lee  and music executive Glenn Gretlund, both long-time Monkees fans. The label’s name comes from the spoken intro at the beginning of “Daydream Believer”, when Davy asks, “What number is this, Chip?”, and receives the curt response “7A!”The label is dedicated to releasing long-lost Monkees related gems, including music by affiliated artists. 7A recently released The First Bobby Hart Solo Album by songwriter Bobby Hart of Boyce and Hart fame.


The label’s first release, Micky Dolenz--The MGM Singles Collection arrived on July 15th , 2015, and is available as a vinyl LP and digital download. Most songs on this collection have been floating around Youtube and been shared as MP3s on various message boards for years. Thanks to 7A, they’ve finally gotten a proper release.


After being on a highly rated TV show, with a whirlwind of  hit songs and tours, Dolenz had to start over from square one (as did Peter and Davy), given how ex-teenie bopper idols were typecast  in the 70s (or anytime, really.) Writing and recording at his home studio and at other locations throughout L.A., he began recasting his music career.

Admittedly, the songs on the MGM Singles Collection aren’t the cream of the crop, but Micky still had the vocal chops of his Monkees days. Any extracurricular activities with the Hollywood Vampires didn’t diminish it. Speaking of the notorious party animals, Dolenz’s Hollywood Vampire partner-in-crime, Harry Nilsson, wrote “Daybreak” a vibrant calypso number, and the album has four different versions of the song.

There's the traditional, bouncy pop of "Easy on You", and the plaintive commentary on human nature in "It's Amazing to Me", songs that are easy on the ears, but not particularly memorable. The quirky “Unattended in the Dungeon” has some dicey lyrics, but, after all, it was the ‘70s, the decade of “Angie, Baby” and “Run, Joey, Run”


Dolenz and producer Michael Lloyd formed a duo they dubbed Starship in 1972, and worked together on their version of “Johnny B. Goode”, (the song Dolenz performed during his audition with the Monkees) and several other tunes.

In the audio interview included with the download, Dolenz tells Lee says he recorded the songs just for fun, without any expectations of having a hit single. Mike Curb and MGM promoted the songs just the same, but despite the PR efforts, the records sank without a trace.

The accompanying booklet reveals some interesting tidbits abut the sessions. Among, them - the late, great Cozy Powell played drums on some of the recordings (which ones aren’t indicated), and Dolenz recorded “Family of Man” (later a hit for Three Dog Night) and “Since I Fell for You” and other American standards.

7A Records promises more Monkees-oriented releases, including (fingers crossed) a DVD release of Keep Off My Grass, a marijuana themed comedy from 1975 starring Dolenz. You can find more info on their website. (See links at the end of the review.)
Micky Dolenz- The MGM Singles Collection is an interesting addendum to Monkees history, sure to be enjoyed loyal Monkees fans and collectors of lesser-known musical side trips. 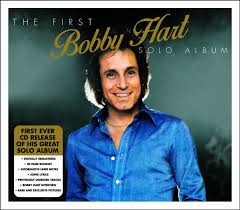 You’ll do a double take when you hear “Funky Karma” the first song on the re-release of The First Bobby Hart Solo Album. When you think of Bobby Hart you think of “I Wonder What She’s Doing Tonight” and other Boyce and Hart hits, or “Last Train to Clarksville” and other Monkees hits, so it’s a surprise to hear the R and B tinged songs on this album, originally released in 1980. Boyce and Hart wrote hundreds of pop songs, but left to his own devices, Hart’s material is urban R & B, with an equal mix of funky grooves and tender ballads. The album opener “Funky Karma” would be right at home on any R & B playlist. “I’m On Fire” is a sexy dance floor track, and “I Can’t Fight It” draws from the the soul hits of the Moments and Delfonics with disco on the side. “You’re Breaking My Heart/Street Angel”, about a carousing lover, is underscored with a slinky rhythm. “First Impressions” deals with the hopefulness of new love.


“Hurt So Bad,” penned by Hart, Randazzo and Weinstein, was a big hit for Little Anthony and the Imperials in 1965, and has been covered by Linda Ronstadt and many other artists. The composer’s take is pure slow jam as evidenced in this clip from a TV show in Hong Kong.

The re-release has three previously unissued tracks –“Runnin”, “I’m Just Takin’ the Long Way Home”, and the upbeat disco of “You Can’t See Thunder”. All of the tracks were written or co-written by Hart, with collaborators Bobby Weinstein, Teddy Randazzo and Barry Richards.
The 24 page booklet included with the CD contains many photos from Hart’s personal collection, lyrics, album credits, and an interview Iain Lee conducted with Hart.

Produced by Hart, with Richards as associate producer, the album was recorded in Hollywood in 1980. It initially received a limited release in a few countries, including Germany, Scandinavia and Italy. This 7A release marks the first time the album been officially available in the U.S. and UK.